Detectives reportedly told the civil servant she can't publish until all Partygate fines have been paid. 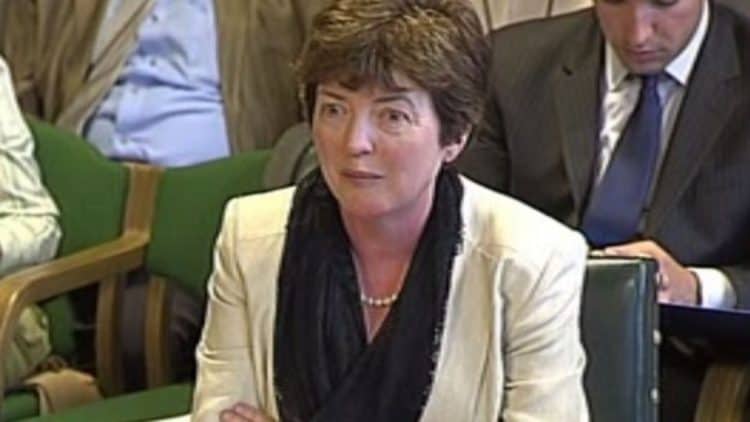 Sue Gray has been told by detectives that she can not publish her report into the Partygate scandal until all fines have been paid, it has emerged.

It comes amid fears that Gray’s report – believed to be significantly damaging for the government – could be delayed until after the May local elections.

According to The Times, some Tory MPs are waiting for the results of the elections before deciding whether to depose Boris Johnson, who has already been fined – but could receive several more.

Gray, the senior civil servant who oversaw the inquiry into alleged lockdown-busting parties in Downing Street, reportedly wants to issue her report as soon as possible after April 26, when the House of Lords returns from recess.

But detectives are insisting that the report should not be released until all fines have been issued – a process which could take weeks.

More scrutiny has been heaped on Johnson’s personal involvement in the scandal after The Sunday Times reported that investigators had obtained photographs taken by his official photographer, showing him drinking a can of beer at a Downing Street party.

There have also been claims that the prime minister led celebrations at a leaving party for Lee Cain, his former press chief.

“If the latest reports are true, it would mean that not only did the prime minister attend parties, but he had a hand in instigating at least one of them. He has deliberately misled the British people at every turn.”

Johnson is reported to be preparing to make a statement in the Commons once MPs return to Westminster following the Easter recess.

The Times reported that Johnson was set to focus on Ukraine, the cost-of-living crisis, and a trip to India which will focus on defence and trade.

As well as addressing MPs in the Chamber, The Times reported Johnson would speak to a meeting of the entire Conservative parliamentary party on Tuesday evening.

Sir Lindsay Hoyle, the Commons Speaker, is also expected to decide if to allow a vote on whether to refer Johnson to the Privileges Committee – which would decide whether he had misled the House over his Partygate explanations.

On Sunday, crossbench peer and historian Peter Hennessey told BBC Radio 4’s Broadcasting House programme that the country was in “the most severe constitutional crisis involving a prime minister that I can remember, and it goes to the heart of the character of the prime minister”.

Reading from his diary entry from Tuesday, when Johnson apologised after receiving his partygate fine, Lord Hennessey said the PM had “shredded the ministerial code” and was “unworthy” of the Queen, “her Parliament, her people and her kingdom”.

Still reading from the entry, he added: “I cannot remember a day where I’ve been more fearful for the wellbeing of the constitution.”