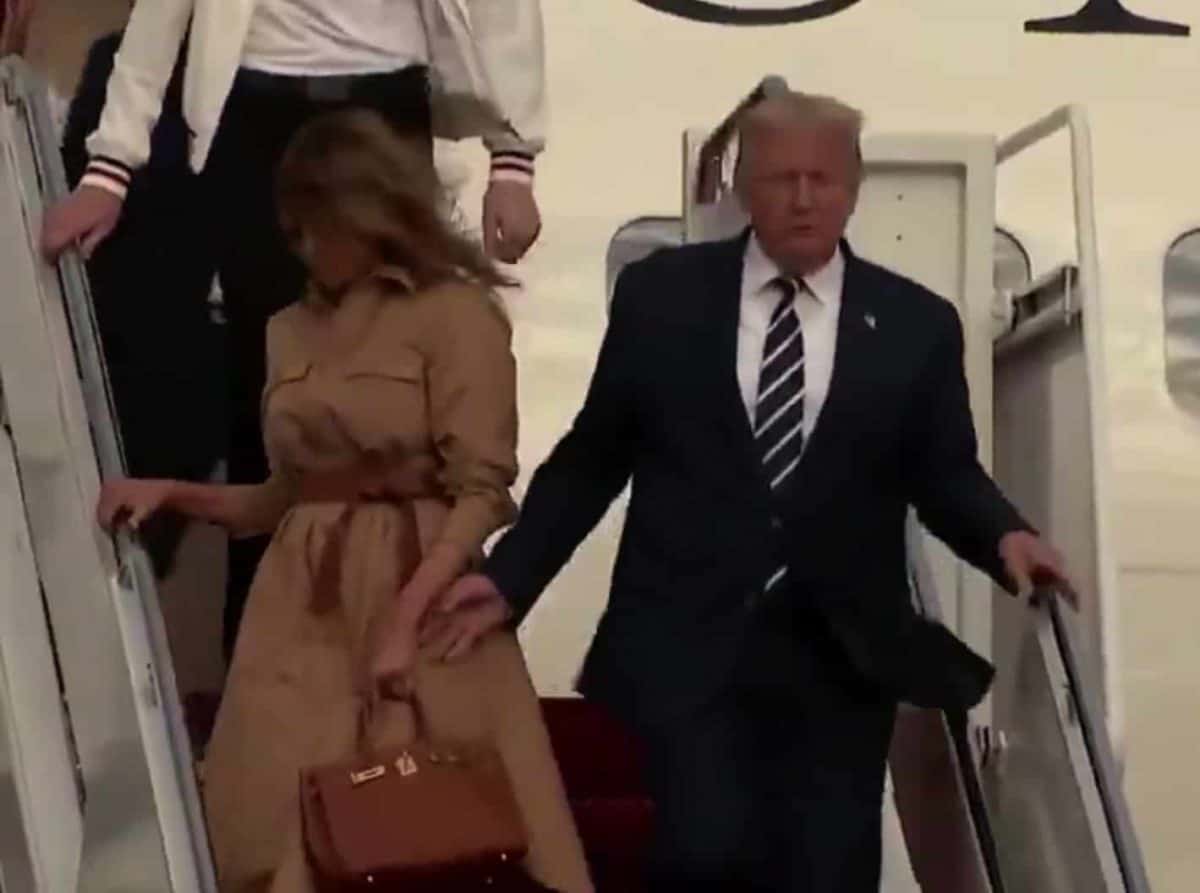 Footage of Melania Trump repeatedly rejecting her husbands attempts to hold hands has gone viral this weekend – and promises to make your skin crawl.

Fernand R. Amandi posted the clip with the caption “welcome to the resistance”.

Welcome to the resistance @FLOTUS pic.twitter.com/4qJ5JaeqJO

With the president struggling in the polls it seems he has even lost the support of a “prominent birther”, Adam Parkhomenko commented.

Others even suggested she might be voting for Joe Biden.

Biden’s lead has expanded to double-digits against President Trump in the presidential election, an NPR/PBS NewsHour/Marist poll has found.

The Democratic presumptive nominee now leads Trump 53 per cent to 42 per cent, up from an 8-point advantage at the end of June.

The change comes as 71 per cent of Americans now see the coronavirus as a real threat, up significantly over the last several months.