John Whittingdale told a conference shows Fleabag, Derry Girls and the Carry On films would fit the bill... before the reshuffle. 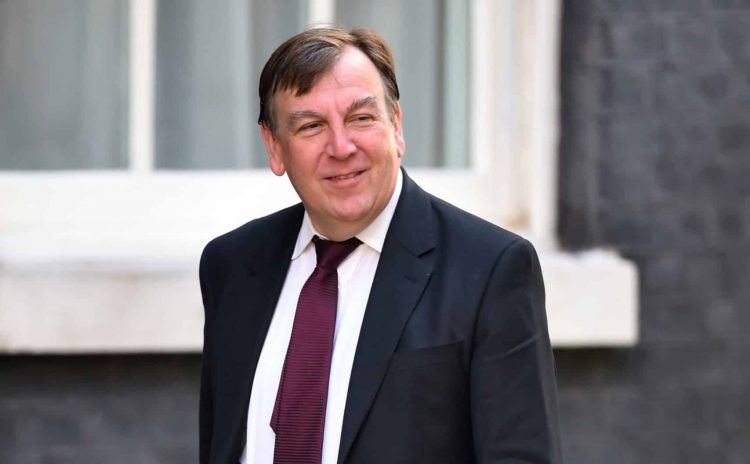 The UK’s public service broadcasters could soon be legally required to produce “distinctively British” programmes, under plans drawn up by ministers.

Fleabag, Only Fools and Horses and Derry Girls were cited as fitting the bill by John Whittingdale, the media minister, at a Royal Television Society conference on Wednesday.

He suggested that shows like Dr Who, Downton Abbey, Great British Bake Off, Bodyguard and the Carry On films had been huge international hits – but also reflect British values.

Whittingdale said: “So in our upcoming White Paper, I intend to include proposals that will expand the remit of public service broadcasters, so that it includes a requirement for them to produce ‘distinctively British’ content.”

But, just a day after outlining his plans, Whittingdale was sacked by Boris Johnson as the prime minister continued his reshuffle.

He said on Wednesday morning that it had “been a privilege to play a part in shaping the future of UK public service broadcasting”, but would now be returning to the backbenches.

He tells me he is returning to the backbenches.#reshuffle

In his controversial speech in Cambridge on Wednesday, Whittingdale admitted that Britishness is a “difficult concept to measure. We will talk to Ofcom about how to make the obligation of Britishness work.”

He suggested Derry Girls “very clearly” passed the test because it is “very clearly set in Northern Ireland at a particularly challenging time.” Britishness, he added, meant “reflecting all parts of the UK”.

Speaking at the Royal Television Society’s conference in Cambridge, Whittingdale admitted that Britishness is a “nebulous” concept, but that it should reflect the values of the country.

He added: “Global investment is extremely welcome — but I want to make sure it doesn’t water down British creativity or the British brand,” Whittingdale said.

“Public service broadcasters have a unique role and I want them to continue producing shows that allow people in every corner of the UK to see their lives reflected on screen, and that showcase the things we are most proud of to the rest of the world. To make programmes that are iconic, not generic.”

Whittingdale stepped in to deliver the speech, which was originally written for Oliver Dowden, at the last minute – after the former culture secretary lost his job hours earlier in Johnson’s reshuffle.

Dowden is now co-chairman of the Conservative party – with Nadine Dorries taking his place as culture secretary.

Related: Almost half of Boris’s new Cabinet are Oxbridge alumni