The Tory leader walked out to 'Moving On Up', prompting a furious response from the band's founder Mike Pickering. 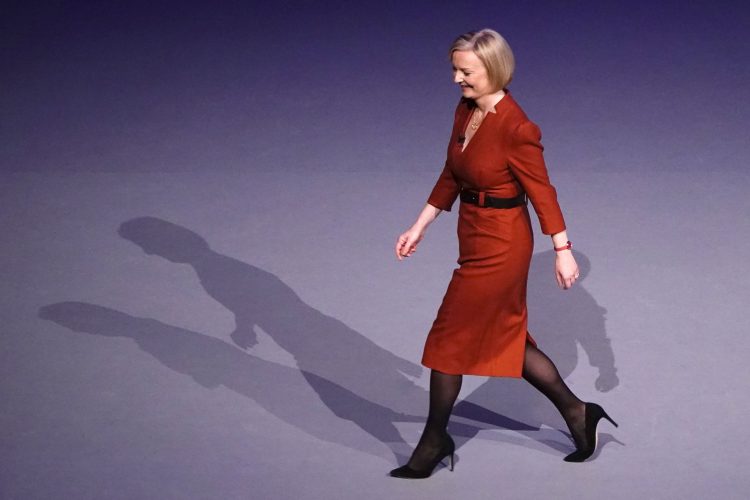 Liz Truss said she would make the “difficult but necessary” choices to get economic growth, but was heckled by environmental campaigners during her first conference speech as Tory leader.

The Prime Minister promised to steer the country through the “tempest” and “get Britain moving”.

Greenpeace protesters holding a flag which read “who voted for this?” were ejected from the hall after disrupting the speech, with Ms Truss ordering security officers to “get them removed”.

Environmental campaigners were identified by Ms Truss as “enemies of enterprise” as part of an “anti-growth coalition” including opposition parties, trade unions and “Brexit-deniers”.

The interruption to her speech in Birmingham followed a bruising conference for Ms Truss after just a month in the job, including a U-turn over a totemic tax policy and dissent within her Cabinet.

Despite the decision to ditch plans to scrap the 45p top rate of tax, Ms Truss insisted “we must stay the course” in pursuit of her three priorities: “Growth, growth and growth.”

She used ‘Moving On Up’ by the M People as the song she walked out to, but it quickly backfired.

Band founder Mike Pickering hit out at the use of their song for the occasion, saying they tried to stop it.

“So sad it got used by this shower of a government.

“I don’t want my song being a soundtrack to lies”.