On a personal and professional level, it has been a remarkable year for the man who is probably the most polarising person to occupy Downing Street since Thatcher. 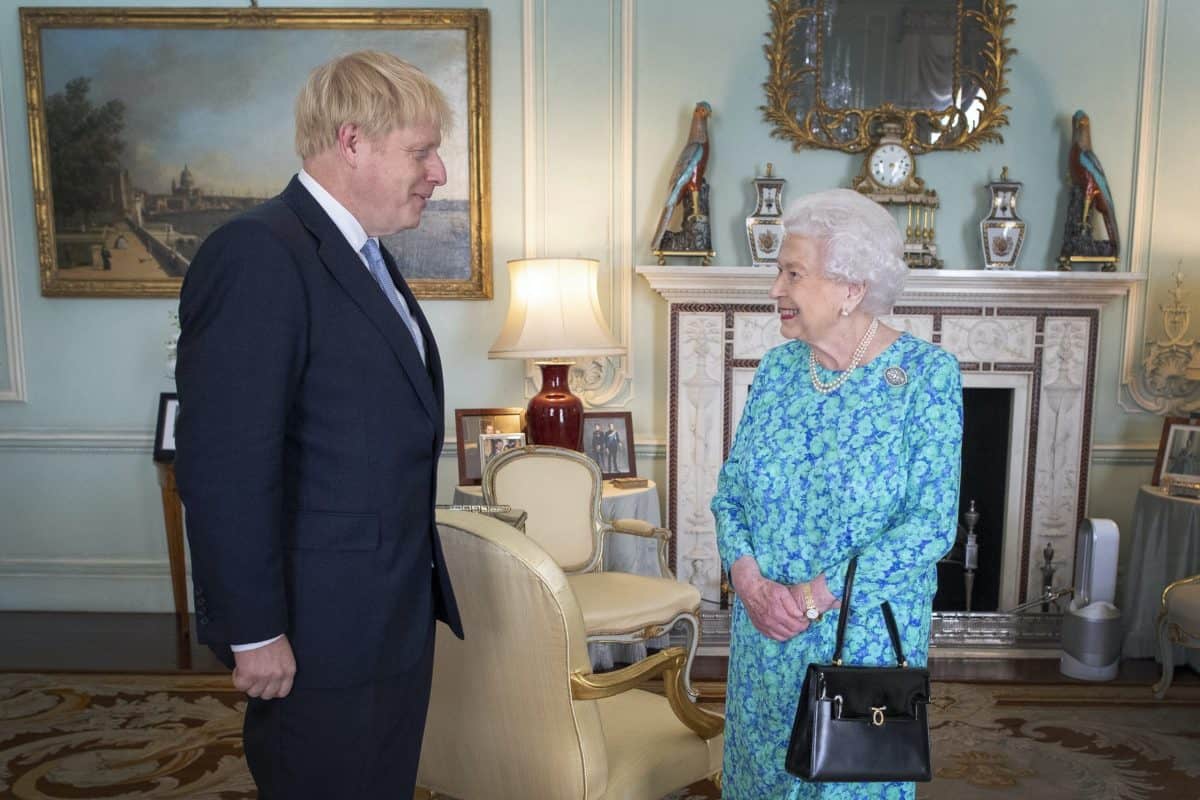 What a difference a year makes. Twelve months ago to the day, Boris Johnson was elected leader of the Conservative Party – comfortably besting Jeremy Hunt, the then-foreign secretary.

On a personal and professional level, it has been a remarkable year for the man who is probably the most polarising person to occupy Downing Street since Thatcher.

From Brexit to a new baby, prorogation to pandemic, here’s a reminder of everything that’s happened in the past 365 days.

Johnson entered his new home, Downing Street, for the first time on 24 July after delivering a Brexit-heavy speech that vowed to prove the “doubters, doomsters and gloomsters” wrong.

A big reshuffle followed. Hunt was shown the exit, with Dominic Raab replacing him at the Foreign Office. Priti Patel, a long-time Johnson loyalist, was handed the job of home secretary while Sajid Javid – who had endorsed Boris after dropping out of the leadership race – became chancellor. Controversialist Dominic Cummings was handed the keys to Johnson’s Downing Street operation, becoming the prime minister’s foremost adviser.

There was no August silly season, as the new prime minister sought to hit the ground running. After being rebuffed Brussels in his demand for a new, backstop-less Brexit deal, Johnson took the extraordinary step of obtaining a five-week prorogation of parliament from Her Majesty the Queen.

A week or so later, Johnson and Cummings purged 21 rebel Tories – including two former chancellors Ken Clarke and Philip Hammond – who had boded with opposition parties to pass the Benn Act, requiring the PM to seek a Brexit delay if he could not compel MPs to back a deal by October. Thus began Johnson’s attempts to trigger an election.

On 24 September, after two months in office, the Supreme Court – led by Baroness Hale and her spider brooch – ruled that Johnson’s advice to the Queen was unlawful, paving the way for MPs to return to Westminster.

Johnson eventually clinched a Brexit deal with Brussels, which fudged the issue of the backstop. Despite claiming it meant that the UK would leave the EU “as one United Kingdom”, the DUP said they could not support it as it threatened Johnson’s place in the Union.

Two days later, on 19 October, MPs were summoned to Westminster for the first Saturday sitting of the Commons in 37 years as Boris attempted to ram his deal through parliament. Instead, MPs voted for an amendment requiring the PM to seek an extension until 31 January. Instead of delivering the letter to Brussels himself, Johnson dispatched a senior diplomat to do the job.

Jeremy Corbyn’s Labour and the Lib Dems eventually dropped their opposition to an election on 29 October, paving the way for a poll on 12 December. Within a couple of weeks, the first case of a mysterious new coronavirus is discovered in the city of Wuhan.

After a fraught election campaign in which Johnson pledged to “get Brexit done”, the Conservatives won a stinking 80-seat majority, turning staunch Labour “red wall” seats blue. When MPs return to the Commons after Christmas, they comfortably passed his Withdrawal Agreement Bill and, on 31 January, Brexit was done, and Corbyn vanquished.

By that point, however, the issue of Britain’s departure from Europe had faded into the background. On 30 January, the Covid-19 outbreak is declared an international public health emergency by the World Health Organisation – although nobody in the UK seemed to be paying it much attention.

The day Britain officially left the EU, two members of the same family tested positive for coronavirus – the first cases to be diagnosed in the UK. The government eventually launched a nationwide advertising campaign urging the public to wash their hands thoroughly and use tissues to stop the spread of the disease.

A week later, with the number of reported UK cases at eight, Covid-19 was declared a “serious and imminent threat to public health”. It still wasn’t the top political story, however. The next day, on 13 February, Sajid Javid resigned as chancellor after being told he must sack all his advisers if he wanted to keep his job in Johnson’s first big reshuffle. Rishi Sunak replaced him.

At the end of February, his divorce finalised, Johnson and his partner Carrie Symonds announce that they are engaged and expecting their first child. A few days later, on 3 March, the PM chaired his first COBRA meeting on coronavirus, having left the five previous ones to Matt Hancock, the health secretary.

UK cases of Covid-19 reached 90 two days later, and a woman in her 70s died at the Royal Berkshire Hospital in Reading. A second person, a man in his 80s, died the next day. On 11 March, the outbreak was declared a pandemic by WHO.

On 16 March, with cases spiralling out of control, Imperial College scientists warned that 250,000 people could die if stricter measures weren’t adopted. Johnson urged people to avoid pubs, clubs and theatres and work from home – but did not order public places closed for another four days, as Rishi Sunak unveiled an enormous furlough scheme to try to protect jobs.

The UK is finally put into full lockdown on 23 March and, four days later, Johnson and Hancock tested positive for Covid-19. With deaths growing and passing 1,000, the prime minister was soon admitted to St Thomas’ Hospital as a “precautionary step”. He was moved to intensive care the following day as his condition worsened.

He was discharged a week later, after a brush with death. There was little respite, as Carrie Symonds gave birth to the couple’s first child, Wilfred, on 29 April.

A week later the UK’s declared death toll passed Italy’s, hitting 32,000 and becoming the highest in Europe. As the weeks followed, a cautious easing of lockdown restrictions was announced until, on 22 May, it is reported that Cummings travelled 270 miles to his parents’ property in Durham with his wife and child at the height of the pandemic.

At an impromptu press conference on 25 May, Cummings defended his actions and said he had no regrets, claiming he had visited by a local beauty spot, Barnard Castle, to test his eyesight as he recovered from coronavirus.

Since then, non-essential shops – like pubs, restaurants and hairdressers have begun to reopen, and life has returned to a semblance of normalcy, even as the UK still continues to record a high number of deaths each day.

Politics as we once knew it has returned to the front pages, as Brexit talks rumble on and Dominic Cummings sets his sights on Whitehall reform, with Cabinet Secretary Sir Mark Sedwill resigning.

The past few days have seen Johnson lock horns with China over Huawei and the persecution of the Uighurs in Xianjing, and Nicola Sturgeon over Scottish independence.

His battles with the new Labour leader, Sir Keir Starmer, at the despatch box have become increasingly heated. All eyes are on the economic fallout from the pandemic, and the potential for a second wave this winter.

Like him or loath him, there is no denying that Boris Johnson’s first year in office has been extraordinarily turbulent. He will be hoping that his second is much more plain sailing.