Liz Truss told: ‘You frack if you want to, Wales is not for fracking’

It comes as a geology professor warned the prime minister that she is "280 million years too late" if she wants to create a shale gas industry in the UK. 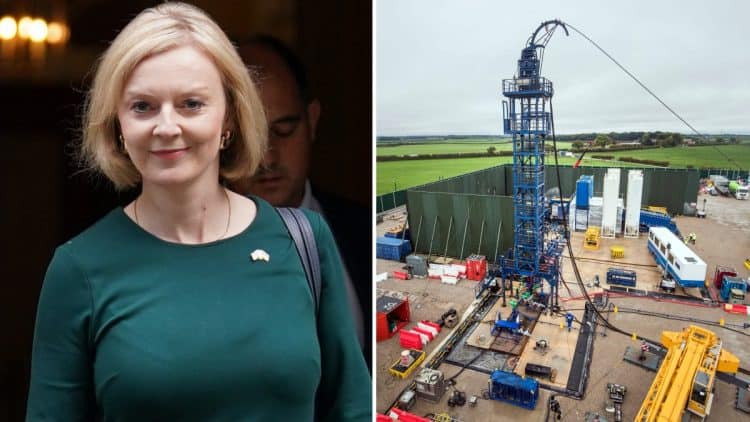 Liz Truss has been told to get the frack out of Wales by a Member of the Senedd as the debate over shale gas extraction heats up.

A ban on fracking in England was lifted at the start of the month as the Government pushes for an increase in domestic energy production in the face of soaring bills.

The controversial move to end the moratorium, which was imposed in 2019 after tremors caused by fracking in Lancashire, could get gas flowing from onshore shale wells in as little as six months, Truss said.

But it will be met with strong opposition from local campaigners and environmentalists, who fear it can cause water contamination, traffic and noise pollution, and it is incompatible with efforts to cut climate-warming fossil fuels and switch to clean energy.

Writing in The Conversation, Stuart Haszeldine, a professor of geology at The University of Edinburgh, warned that if the UK wants to develop a major US-style fracking industry, it is 280 million years too late.

Senedd ministers have also cast doubt over the plan, with Huw Irranca-Davies saying the move would be “unsustainable”.

Watch his speech in full below: