Truss has been accused of failing to enshrine animal welfare standards in post-Brexit trade deals. 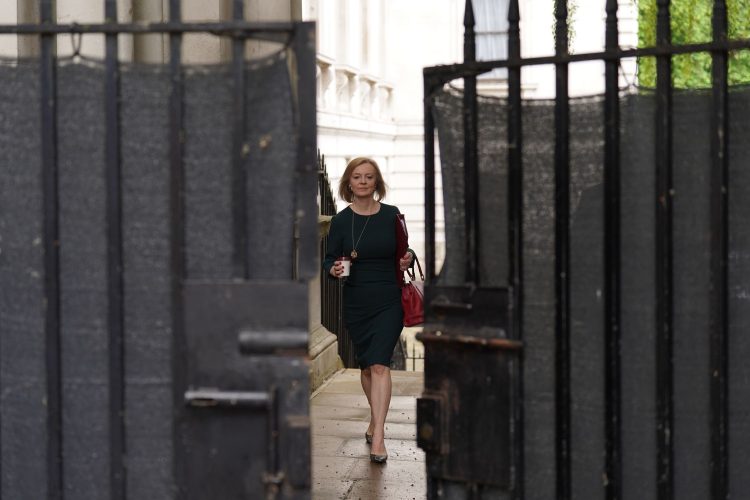 Liz Truss has been accused of ignoring farmers after skipping rural hustings hosted by the National Farmers’ Union.

Her leadership rival Rishi Sunak is due to address National Farmers’ Union members on Friday but, despite requests from the president of the NFU, Truss has refused.

It comes after George Eustice, the environment secretary, alleged on Wednesday that the frontrunner for the Tory leadership refused to include animal welfare standards in trade deals.

Minette Batters, the NFU’s president, said it was a “shame” Truss did not want to attend, telling The Guardian: “It doesn’t bode well – George Eustice has made his comments – you would think she would want to put her marker down.”

Farmers have said they feel undercut by post-Brexit trade deals signed by Truss, which have threatened to hold agriculture abroad to lower standards.

A recent report from New Zealand described British farmers as “sacrificial lambs” because of the no-tariff imports agreed by the deal signed by Truss.

Truss’s team told the newspaper that she “cannot turn up to everything”, but Butters said the recent drought and cost of living crunch meant it was vital that Truss spoke to farmers.

She said: “I have offered to meet her anywhere. I’ve offered to do it virtually, we aren’t tied to any location or anything. But it doesn’t look likely. It’s disappointing, as it’s not just about farming – food is such a critical subject, water is so critical to everybody, especially at the moment.”

Earlier this week, ministers were accused of neglecting the farming industry and “worrying about votes tomorrow” after it emerged that labour shortages had left crops rotting in the fields.

The backlash comes after research by the NFU found that four in 10 growers had suffered crop losses thanks to a lack of pickers.

With worker shortages averaging 14 per cent across the industry, more than £60 million in wasted food is thought to have been lost in the first half of 2022.

Although a seasonal workers scheme provides the majority of the sector’s workers, it is due to expire in 2024 and critics claim it is not ambitious enough.

Truss has pledged to expand the scheme beyond its 2024 deadline, along with increasing the labour pool by an unspecified amount.

NFU vice-president David Exwood said: “Farming’s a long-term game – food just doesn’t appear, it’s years in the planning and so you need to be able to plan ahead.

“Politics is short-term … and that’s where the problem lies.

Related: GB News is raking it in – and hiring lots of new talking heads