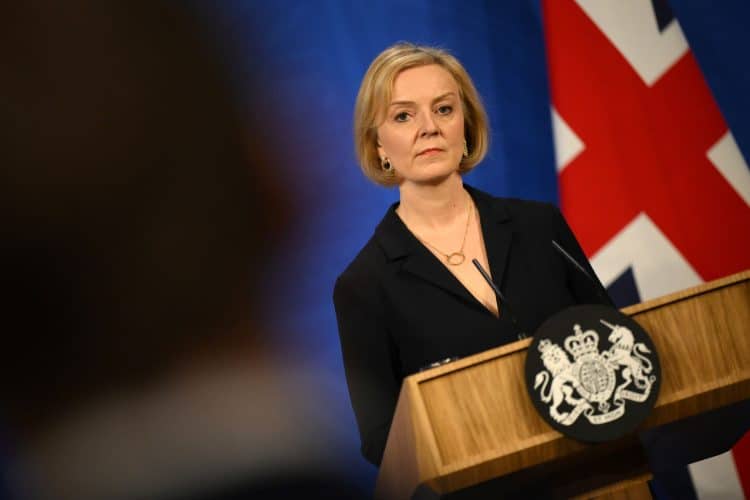 Under-fire Prime Minister Liz Truss has just “days” to turn her situation around if she is to stay in power at Number 10, a senior figure in the party in Scotland has warned.

Liz Smith, finance and economy spokeswoman for the Scottish Conservatives at Holyrood, said that Ms Truss was “in an extremely difficult position”.

The Prime Minister does not currently have the support of the  the markets, the public or the Tory party within the UK Parliament, Ms Smith stated.

The Tory MSP insisted holding an early general election – as Labour and the SNP are demanding  – would lead to “even more uncertainty” for the UK.

“Clearly it is civil war”

But she said that Conservatives in the House of Commons may “coalesce around a candidate of unity” if Ms Truss cannot turn things round.

With some Tory MPs having now publicly called for Ms Truss to go, Ms Smith said that “clearly it is civil war” within the party.

Ms Smith said that “any Prime Minister has to be able to command the confidence of the nation” but added that Ms Truss has “difficulties on three fronts there” – pointing to a lack of support from the financial markets, from the general public and from the Conservative Party within the UK Parliament.

“That is a very serious situation for any prime minister to be in,” the MSP continued.

“So I think she has just days left to turn this round and if she can’t do that she would have to stand down.”

The Conservative MSP said of her party’s UK leader: “She is not being able to command the confidence of the nation, that any prime minister needs to be able to do. So I do think she has got days to turn this round.”

The latest developments come as Ms Truss continues to cling to power amid despair among Tory MPs over the calamitous start to her premiership.

Over the weekend, three Conservative backbenchers publicly called on her to go, however, there was no consensus among Tory MPs as to who should replace her.

The veteran backbencher Sir Roger Gale said “the last thing” the party wanted was another leadership election following the contest over the summer to replace Boris Johnson.

Meanwhile, Ms Smith said that “to have a general election just now, that adds even more uncertainty, so I think that’s a big problem”.

She said she was “personally not entirely satisfied” with the Conservative Party’s process for choosing a leader, saying it “leaves scope for a difference of opinion between the members of the party in the parliamentary party and the membership across the country”.

But Ms Smith stated: “This is about the future of the country, and restoring credibility and it is absolutely essential we gain that trust back as quickly as possible because at the moment it has gone.”

Speaking about the possibility of a new leader, and how they could be selected, the MSP said it would be “a matter for the Westminster party how they decide to do that”.

However, she said: “I think it is possible it will coalesce around a candidate of unity, I think that is possible.”

Of her party’s situation, Ms Smith conceded: “It has not been a good time for the Conservative Party, I am not going to pretend otherwise.

“In fact, it has been a very difficult time. Over all the years I have been a member of the Conservative Party I think this is probably the most difficult.”

She stressed: “Storms happen from time to time. This is a big storm, we have to be measured and careful and above all candid in our approach.”