From 'Trussonomics' to 'libertarian jihadist': Liz Truss has endured a terrible start to life as PM - and her fellow party members know it. 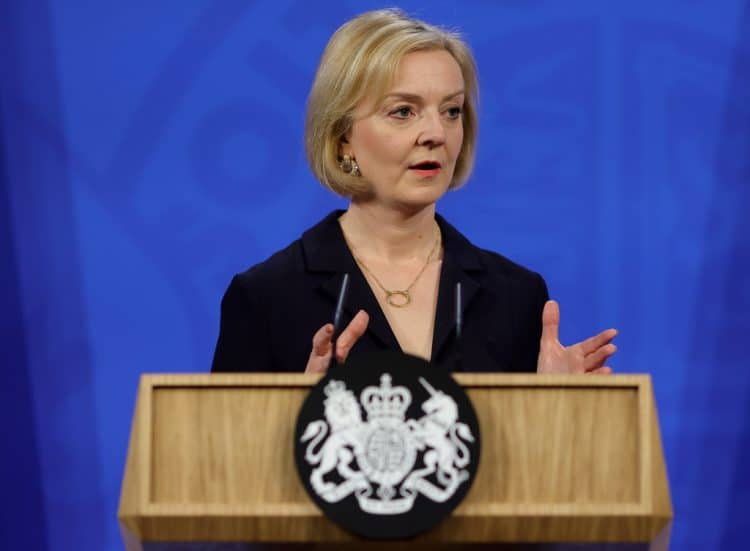 Blimey, Robert Halfon hasn’t held back here. Speaking with Sky News on Sunday, the Tory MP said that Liz Truss had acted like ‘a libertarian jihadist’ during her short time in office so far – and called upon the Prime Minister to APOLOGISE to the whole nation.

Why Liz Truss is being compared to a jihadist

Halfon also accused both the PM and the former chancellor of treating the public ‘like lab mice’, by conducting these free-market experiments. Hell, with colleagues like these, Liz Truss certainly won’t have to go out of her way to find enemies.

“They have acted like libertarian jihadists, treating the country as laboratory mice to carry out ultra free market experiments. Liz Truss must now say sorry to the British people. And cuts to benefits, to public services? It has just been one horror story after another.” | Robert Halfon

President Joe Biden also ‘not a fan’ of Trussonomics

Meanwhile, the special relationship doesn’t seem all that special when the President of the United States is dunking on our Prime Minister. Joe Biden has stated exactly how he feels about Liz Truss, and her ill-fated economic plans on Sunday.

The American head of state has said that the turbulence felt in the UK since the mini-budget was ultimately ‘predictable’. Plans to slash taxes for the uber-rich, with very little intervention in place for the rest of us. Heads have rolled in the wake of this disaster-class.

Kwasi Kwarteng, who lasted just 38 days as chancellor, was replaced by Jeremy Hunt this week. This comes after the Bank of England had to shell-out billions of pounds, just to prevent an economic collapse. However, Britain still remains in a precarious position.

‘It was a mistake’ – Joe Biden

Liz Truss, somehow, remains in charge at No.10 – but for how long for remains anyone’s guess. The appetite for a General Election is growing, and 12 years of Conservative rule is now under serious threat. Indeed, it seems the US President wouldn’t mind a change, either.

“It was predictable. I wasn’t the only one who thought it was a mistake. The idea of cutting taxes for the super-wealthy, especially at a time like this. Well, I disagree with that policy… but it’s up to Britain to make that judgement, not me.” | Joe Biden