Sir John Curtice said Truss would need to "foul up in some spectacular fashion" if she were to lose. 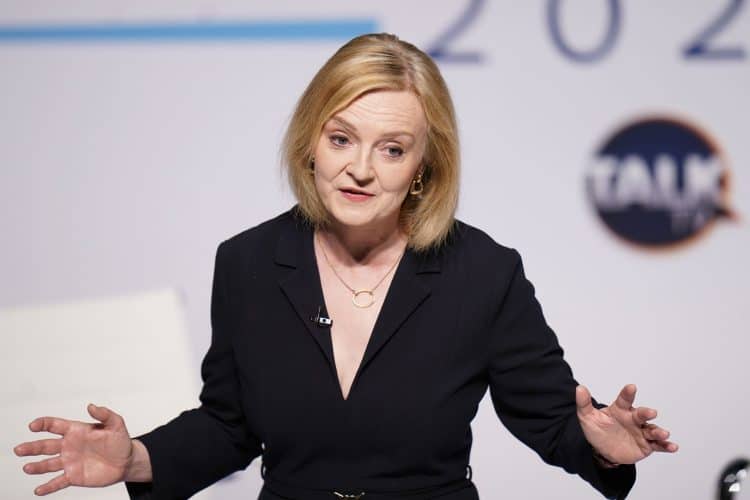 Liz Truss will become the next prime minister unless she “fouls up in some spectacular fashion”, a top pollster has said.

Sir John Curtice, professor of politics at Strathclyde University, suggested there was just a five per cent chance of victory for Rishi Sunak – adding that he would be “extraordinarily surprised” if Truss does not take office.

A YouGov poll with Sky News on Thursday revealed that Truss holds a 32-point lead over Sunak, matching a separate Conservative Home poll of Tory members on Wednesday.

Curtice suggested YouGov and Conservative Home had a “pretty good record”, adding: “Unless there is something that’s gone seriously astray this time it is difficult to believe that Sunak is going to make it.”

He told The Times: “There’s a 5 per cent chance that Sunak could win it. Something would have to happen. Truss would have to foul up in some spectacular fashion. Even then it might be too late.

“I would be extraordinarily surprised if she doesn’t win. The evidence in front of one’s eyes all points you in the same direction.”

While Sunak may have come across more polished, Sir John said Truss had been the better politician throughout.

‘She sticks to her guns’

“If you’re trying to answer the question, ‘Which of the two candidates an Oxford tutor would mark the most highly?’ you would say Sunak,” he said. “On the other hand if you were asking who was the better politician you would have to say Liz Truss.

“She has a very clear narrative which clearly resonates with her audience, she sticks to her guns, she doesn’t change her mind.

“She is still as much in favour of tax cuts as she was six weeks ago, she is Johnsonian in her style. The fascinating question is how well it will all survive once she’s got the job.”

Nonetheless, concern appears to remain about Truss’s economic policy. She has repeatedly claimed she will cut taxes and “go for growth” – but 63 per cent of Tory members believe the priority should be getting inflation under control.

A further two-thirds of Tory members – some 65 per cent – support a windfall tax on energy companies, something she has made clear she opposes.