The letter expressed concerns about his "publicly professed neo-facist views" - warning that he was prone to singing Hitler youth songs. 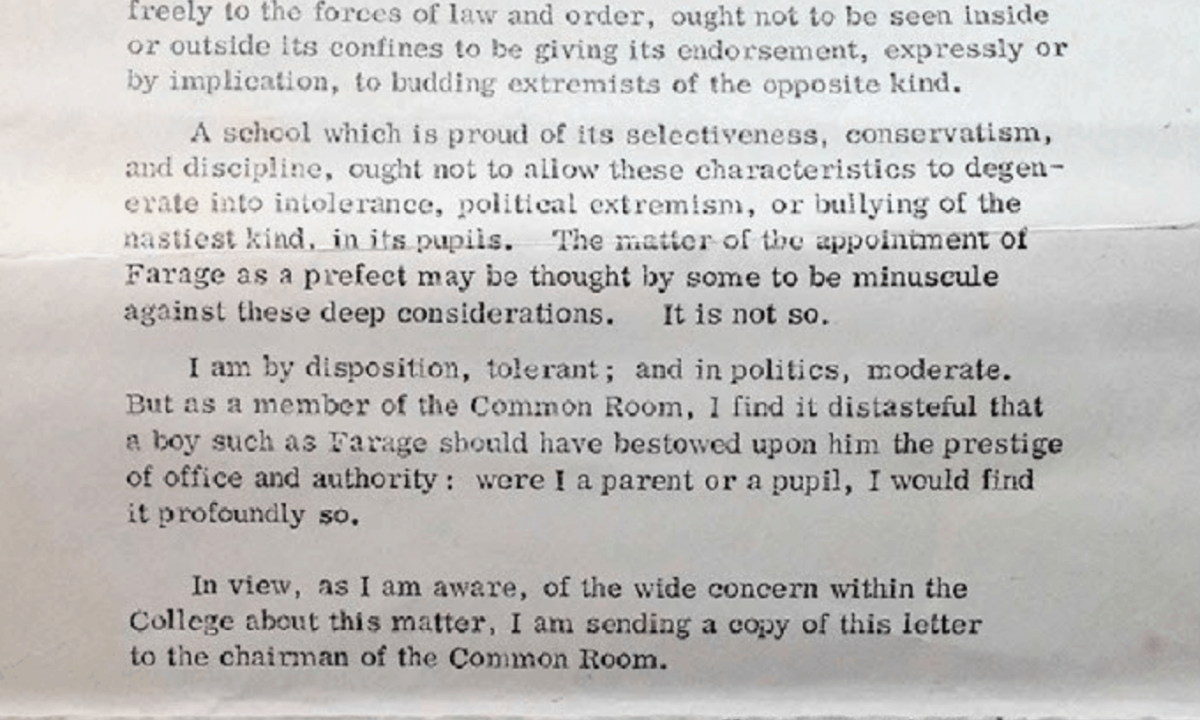 A letter addressed to Nigel Farage’s school master in 1981 has resurfaced on social media.

The sternly written correspondence signalled early warnings about his neo-fascist tendencies – warning that he was prone to singing Hitler youth songs.

Farage was a pupil at Dulwich college in South London, one of Britain’s most prestigious schools.

In June 2918, English teacher Chloe Deakin begged head teacher David Emms to reconsider his decision to appoint him as a prefect.

Deakin did not know Farage personally but her letter includes an account of what was said by staff at their annual meeting, held a few days earlier, to discuss new prefects.

The letter says that when one teacher said Farage was “a fascist, but that was no reason why he would not make a good prefect,” there was “considerable reaction” from colleagues.

The letter continues: “Another colleague, who teaches the boy, described his publicly professed racist and neo-fascist views; and he cited a particular incident in which Farage was so offensive to a boy in his set, that he had to be removed from the lesson.

“This master stated his view that this behaviour was precisely why the boy should not be made a prefect. Yet another colleague described how, at a Combined Cadet Force (CCF) camp organised by the college, Farage and others had marched through a quiet Sussex village very late at night shouting Hitler-youth songs.”

A letter from Farage's school master (1981) about his neo-fascism and singing of Hitler youth songs. Fascism is ingrained in him. pic.twitter.com/TVCsU89vwv