Thousands of students are currently locked in their rooms following a surge in cases at universities across the country - many in draconian conditions - including Glasgow, Manchester Metropolitan and Edinburgh Napier. 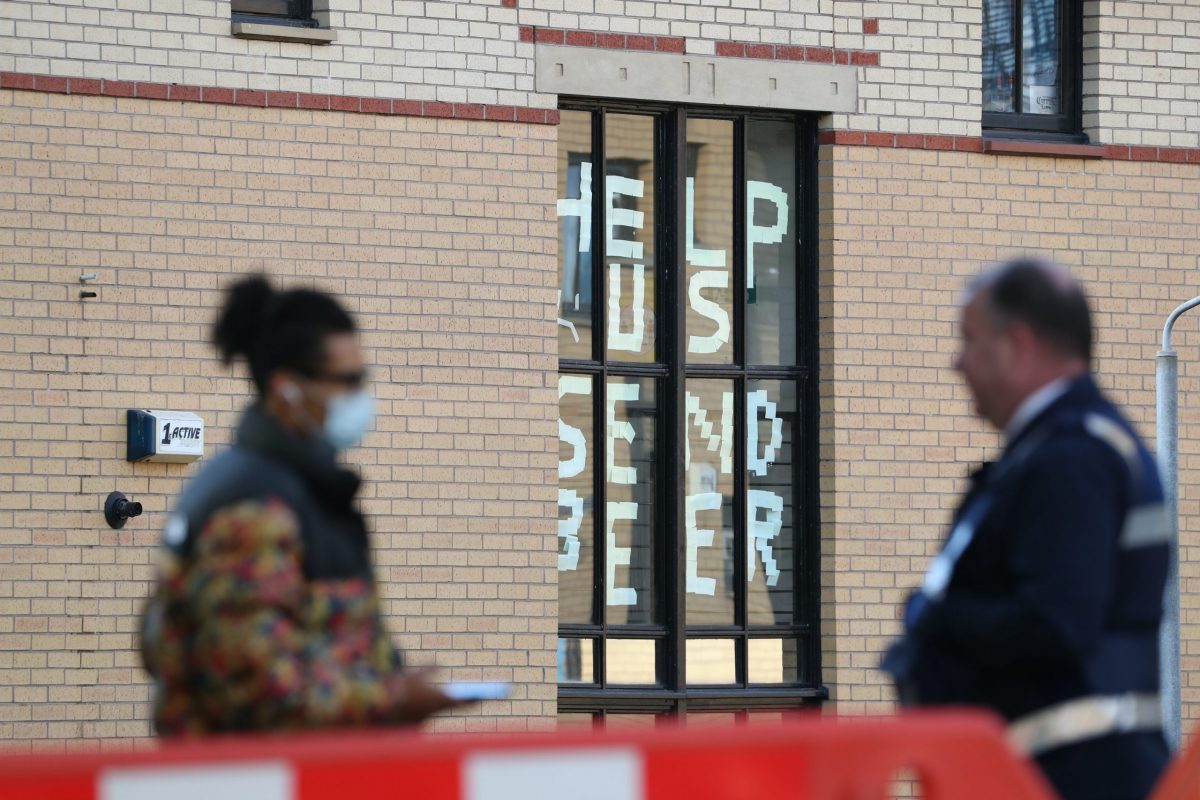 Labour has called on Matt Hancock to guarantee that university students will be allowed to return home to their families at Christmas, amid fears that coronavirus outbreaks could keep young people in halls when term ends.

Thousands of students are currently locked in their rooms following a surge in cases at universities across the country – many in draconian conditions – including Glasgow, Manchester Metropolitan and Edinburgh Napier.

Hancock, the health secretary, last week refused to rule out asking students to stay on campus over Christmas, after government scientific adviser Sir Mark Walport said the measure may be needed to stop the virus spreading to older relatives.

Shadow education secretary Kate Green has now written to her opposite number, Gavin Williamson, urging him to “promise” students that such restrictions will not be imposed.

She said it would be “deeply unfair to see students forced to remain in their student accommodation” and asked Mr Williamson to “work with universities to ensure every student has access to testing to allow a safe journey home” for Christmas.

Ms Green also asked the Education Secretary to consider a delay to the start of term or a “pause in migration” for universities where term has not yet begun to allow improvements in testing capacity and remote learning provisions.

In a statement, she said: “Leaving home to go to university should be a momentous and exciting step for young people and their families. Universities have done all they can to prepare for students’ safe return, but the government has again let young people down.

“It is unthinkable that students will be locked in their rooms and unable to return home to spend Christmas with their families. The government must promise that this will not happen, and work with universities to enable every student to access tests so that they can travel home safely.

“The Government should also consider a delay to the start of term or a pause in migration for universities where term has not yet begun to allow improvements in testing capacity and remote learning provision.

“Gavin Williamson must urgently come to Parliament and set out how he will resolve the critical situation in our universities that is causing such anxiety for families across the country.”

A Department for Education spokeswoman said: “The government is working closely with universities to ensure they are well prepared for the return of students, and we have published guidance to help them keep students and staff as safe as possible.

“Students should follow the latest health advice, just like the wider public, which means they should stay at university in the event that they have symptoms, have to isolate, there are additional restrictions imposed locally, or there is an outbreak on campus or in their accommodation.

Glasgow University said on Saturday that it will refund all students in halls of residence one month’s rent, along with a £50 payment for food, after the outbreak of cases.