Ahead of its November reveal, Philip Hammond’s budget was billed as ‘make or break’ in much of the press. In reality, it turned out neither to make nor break the chancellor’s career. Rather, everything seems to be continuing as usual. It’s possible that it will take time for this budget’s implications to become clearer, but […]

by Jess Young
in Education, Politics 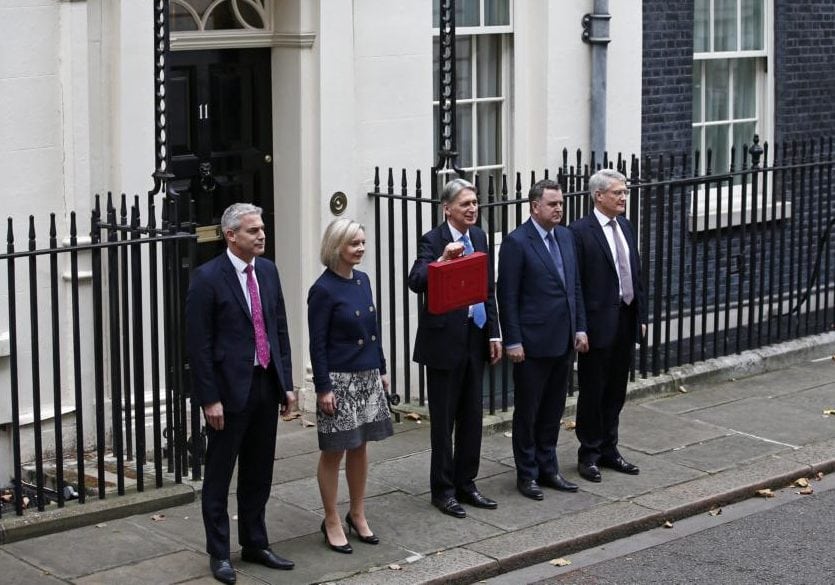 Ahead of its November reveal, Philip Hammond’s budget was billed as ‘make or break’ in much of the press. In reality, it turned out neither to make nor break the chancellor’s career. Rather, everything seems to be continuing as usual. It’s possible that it will take time for this budget’s implications to become clearer, but what is crystal clear already is the impact on one of the most crucial areas of the public sector—further education.

Theresa May herself triumphantly announced the creation of ‘T-levels’ —newly-created qualifications focusing on technical subjects. These are intended to address the digital skills gap in the economy, and help industries like engineering, teaching and other practical areas. Yet this year’s budget failed to live up to the high expectations set by this development.

As Jill Westerman, principal of Northern College, put it in FE Week, “Hammond’s budget revealed poor understanding of further education.” Westerman’s article is a scathing critique of the government’s FE plans, filled with bitter disappointment. After building up the FE sector’s hopes with T-levels and other initiatives, the budget was nothing less than a complete letdown.

It’s without question that the FE sector, drastically underfunded for many years, requires a total shakeup. Small tinkering has no place here. Hammond pledged £30 million for developing digital skills courses, and £20 million in support of T-levels. These sums may sound impressive on paper, but in the context of the sector’s 10 years of underfunding, it’s a drop in the bucket.

On top of that, it’s worth remembering that £267 million of the further education budget was left completely unspent by the Department of Education over the past two academic years. With this in mind, it is far from guaranteed that even the funding Hammond has pledged will ever be put to good use, or any use at all.

Labour’s shadow skills minister Gordon Marsden was even less optimistic. Reading the full budget document, he noticed that there was no mention of the £20 million T-level funding in the ‘new money’ column. “There is a mention saying they will spend £20 million on T-levels,” he says, “but they don’t say where it is coming from.”

Aside from a lack of funding, this budget reveals a lack of long-term strategy for the UK’s FE sector. Rather than improving maths excellence in the country, the new funding for maths teachers, which Hammond announced with his trademark dry wit, is actually intended to address specific issues the government created themselves with their hugely unpopular GCSE compulsory resit policy.

Under rules which came into effect this year, pupils who achieve a grade 3 (formerly D) in maths or English are forced to resit the exams at a later date, rather than take the alternative ‘functional skills’ course, which has suited pupils of this ability in the past.

In practice, this policy just has pupils sitting exams again and again, without necessarily improving their results. Hammond’s £40 million funding to train maths teachers is intended to help improve these resit results. But if it wasn’t for this flawed policy, grade 3 students could happily sit functional skills courses in further education, and £40 million could be put to better use.

The fact that the chancellor is using budget statements to help save failing policies like these is emblematic of his failure to plan for the long term. This is a failure made even more stark when put into pure financial terms.

Campaigners said the education sector as a whole would need £2 billion extra funding to match 2015-16 levels in real terms. The tens of millions of pounds Hammond has promised have been called a “sticking plaster”, addressing only small issues facing the education, but not doing enough to tackle the big issues, or even to continue the same quality of education in the future.

This is depressing for further education specifically because this area of teaching is so important to the UK’s success after Brexit.

Industries like technology and engineering, which currently employ many EU migrants, will likely be faced with having to hire employees from closer to home. Without questions these firms will find a significantly smaller pool of candidates to work with. Improving technical education is the only way to widen that pool and stay competitive.

A recent report underlined this urgency. The Institute of Public Policy Research recommended creating an additional “skills levy” to complement the much-vaunted apprenticeship levy. The apprenticeship levy is charged at 0.5% of an employer’s paybill if it earns over £3 million a year, and this money goes towards funding further education through apprenticeships. A skills levy would fund in-work training, allowing further education to continue for many when they are already in the workplace. An initiative like this, or indeed a better-thought-out budget, will be crucial to the country’s economy in the post-Brexit world.