The accused staffers said Labour "should be focusing on the deeply troubling evidence" in the leaked report. 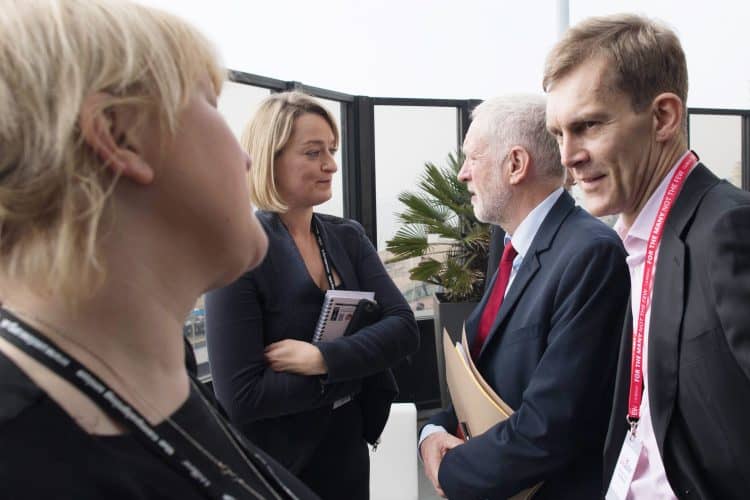 Labour will accuse five former party staff – including close Corbyn allies Seumas Milne and Karie Murphy – of leaking an incendiary internal report on antisemitism, prompting them to hire lawyers to defend themselves.

The party has lodged papers at the high court pointing the finger for the leak at Milne, Murphy, Georgie Robertson, Laura Murray and Harry Hayball, lawyers for the five said.

It claimed to have found “no evidence” of antisemitism complaints being handled differently to other forms of complaint during Mr Corbyn’s tenure, or of current or former staff being “motivated by antisemitic intent”.

The report had been intended for an investigation by the equalities watchdog but was never submitted – and alleged that staff had actively undermined Corbyn’s leadership and sent a string of abusive messages about senior figures.

Keir Starmer launched an independent inquiry into the report when he became leader, and a second one by Martin Forde QC – but the party has since become mired in legal action, with some of the staff named int eh report taking legal action.

The accused quintet’s lawyers Carter-Ruck said in a press release that Labour is seeking to deflect blame for the leak in an attempt to avoid legal costs.

“To the extent that the Labour party has explained its proposed action, it is clear that it will be naming the individuals in an attempt to deflect on to them its own liability in claims brought by a group of claimants who are suing the party over the leak as well as the party bringing a related claim direct against the five,” the law firm said.

A spokesperson for the former Labour party employees said: “The individuals entirely reject these baseless claims. They did not leak the report. They fully cooperated with the party’s investigation by an independent external investigator, and with the inquiry led by Martin Forde QC.

“They understand that neither of those investigations concluded that they were responsible. The party has already acknowledged in court that it cannot be certain who leaked the report and that its ‘case’ against them is circumstantial.

“But it is now trying to make them foot the bill for legal action brought against it. The party should be focusing on the deeply troubling evidence contained with the leaked report, rather than trying to wrongly scapegoat and victimise former staff who documented it, and who have not been accused by either of the independent investigations.”

A senior party official revealed last month that Labour was now spending more than £2 million a year on legal fees – whereas it used to be 10 per cent of that figure.