The shadow home secretary is bringing back "tough on crime, tough on the causes of crime". 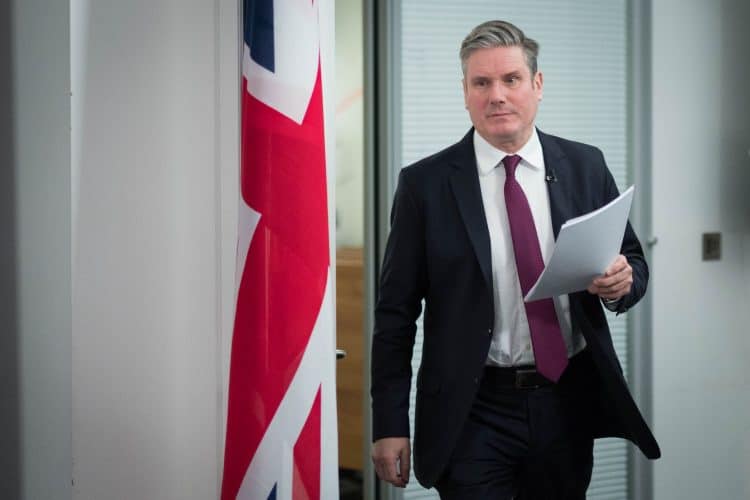 Labour will be “tough on crime, tough on the causes of crime”, the shadow home secretary has announced, as he unveiled a readopting of one of Tony Blair’s most enduring slogans.

Speaking to The Times, Nick Thomas-Symonds revealed that Labour would continue deportation flights if it entered government – and would never bring back freedom of movement.

In his forthcoming speech to the Labour party conference in Brighton, he will reportedly outline a new policy to “bring back neighbourhood policing” by installing “police hubs” in every community.

The party plans to work with “next generation neighbourhood watch” squads, using technology like video doorbells and WhatsApp groups to share information and crack down on antisocial behaviour.

Thomas-Symonds said: “I would certainly say knocking doors in 2019 that we didn’t have the trust of the public on law and order. My job is to rebuild that trust.

“Whenever I speak to people, they say to me that of course they want to see those that commit crime face justice and held to account but they also say to me things like, ‘There aren’t things for young people to do around here’. It’s about tackling crime and its causes, being tough on crime and tough on the causes of crime.”

Diane Abbott, his predecessor, is among a number of Labour MPs who called for a moratorium on deportation flights last month.

But Thomas-Symonds vowed to deport asylum seekers who had their claims rejected – as well as foreign offenders.

He told The Times: “With illegal migration, if someone comes here and is claiming asylum, we have proper due process of rule of law in our country. We have due process and we assess the claim. But of course, someone who, having gone through the process who doesn’t have a valid claim, should be removed, yes. I have been very clear with the 2007 Borders Act but of course there has to be due process.

“Where I have expressed concerns in the past is where I’ve worried about links to the Windrush generation on particular flights and there has to be a very robust due process. But foreign national offenders who have been through that process should be removed.”

And he vowed to restore Labour’s tough-on-immigration reproach, declaring: “We will not be going back to freedom of movement.”

In his conference speech, Thomas-Symonds will reportedly accuse the Tories of being “soft on crime and soft on causes of crime”.

“In Tory Britain, people say you never see police on the beat any more. That school children feel afraid at the bus stop. That people feel unsafe going out after dark,” he will say.

“This is the price of years of Tory cuts to neighbourhood policing. With me as home secretary, if there is trouble on your street Labour will make sure that someone is there. You will see officers on the beat.”