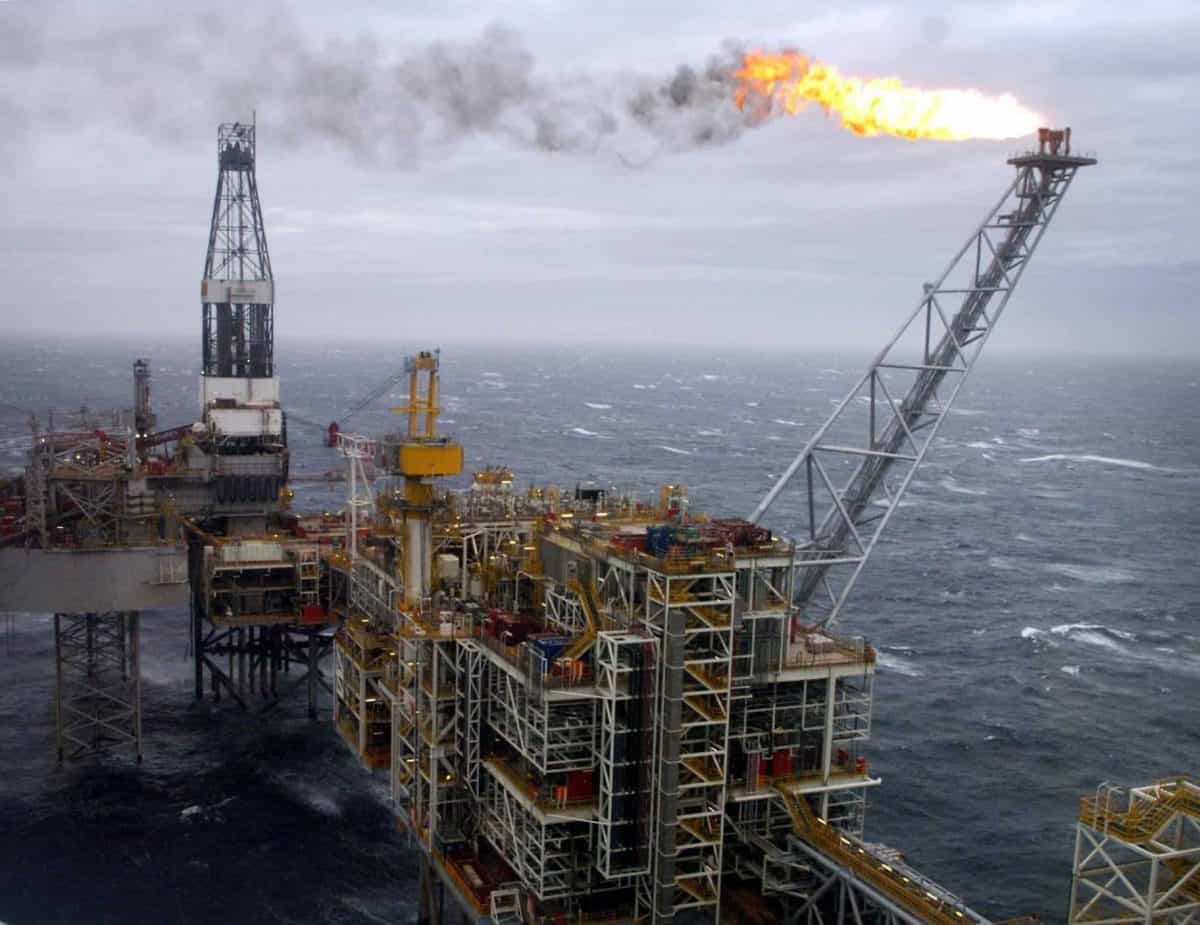 The Buzzard oil field in the North Sea, 50 miles from Aberdeen's coastline, which was visited by Britain's Prime Minister Tony Blair today.

Labour would hit oil and gas companies with a windfall tax of about £11 billion in order to finance plans to tackle the climate crisis by creating a greener economy.

If Labour wins the December 12 vote, the party plans to create one million green jobs and deliver the “substantial majority” of the emissions cuts needed to tackle the environmental emergency by 2030.

Mr Corbyn hopes the windfall tax would provide a support package for nearly 37,000 oil and gas workers, 126,000 people in jobs reliant on the sector and their communities as the nation transitions to a clean economy.

The Labour leader hopes to use the key revenue raiser to deliver on his pledge not to hang the workers “out to dry” and ensure they have new, unionised jobs.

Labour says Scotland’s North Sea oil and gas production has had a net operating surplus of £273 billion, but has been leaving workers and their communities vulnerable since its decline from 1999.

The party argues that the benefactors should now help pay for the cost to transition into a greener economy.

The size and exact mechanism of the tax will be determined by a consultation, but Labour estimates it could raise about £11 billion after looking at schemes in Germany and Spain.

Labour officials do not anticipate the cost of the windfall would be pushed onto consumers at the petrol pumps, saying prices are determined by the global market.

At the manifesto launch at Birmingham City University, Mr Corbyn said: “The crisis demands swift action, but it isn’t right to load the costs of the climate emergency onto the nurse, the builder or the energy worker.

“So, a Labour government will ensure the big oil and gas corporations that profit from heating up our planet will shoulder the burden and pay their fair share through a just transition tax.

“North Sea oil and gas workers have powered this country for decades, often working under dangerous conditions. We won’t hang them out to dry.

“This fund will safeguard a future for their skills and communities with new careers and secure, well-paid jobs.”