Speaking exclusively to The London Economic, the Deputy Leader of Labour MEPs within the European Parliament believes that the new Agreement falls “well short of the promises made by the Leave campaign.” 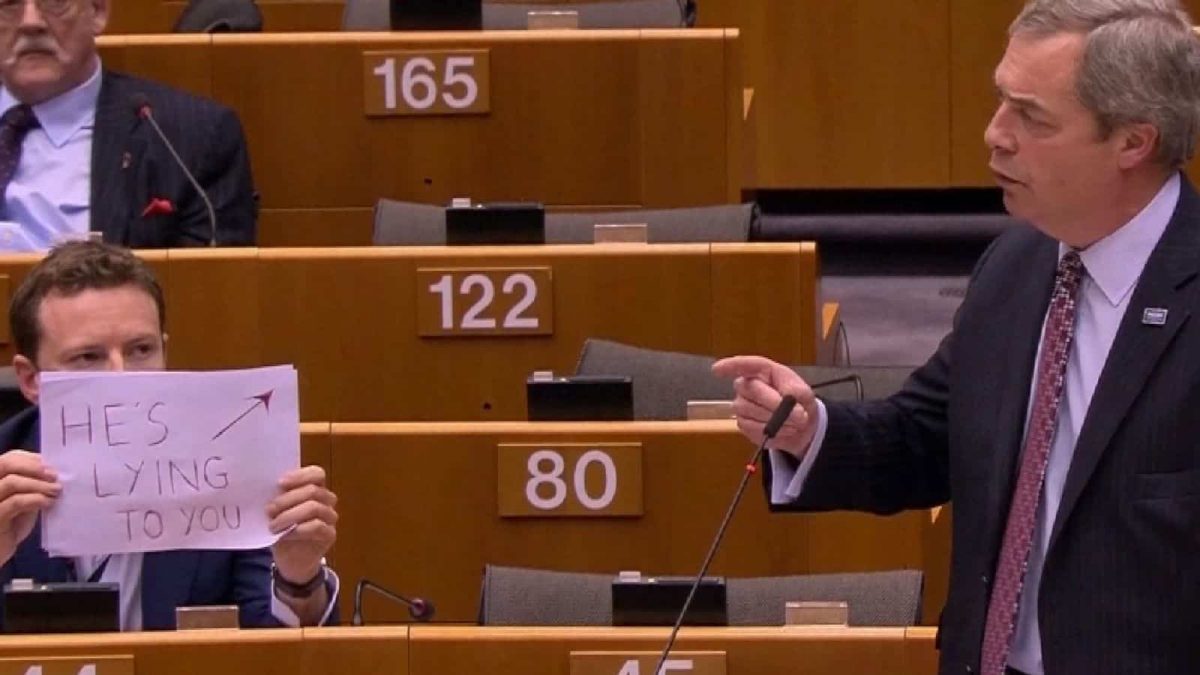 Labour MEPs will not vote to ratify the Withdrawal Agreement in the European Parliament unless a People’s Vote amendment is added, TLE has learnt.

Seb Dance, deputy leader of the European Parliamentary Labour Party, said the new Agreement falls “well short of the promises made by the Leave campaign.”

Before the UK can officially leave the European Union, the Withdrawal Agreement has to be voted on in both the UK and European Parliament.

Only once the European Parliament has approved it can the UK then leave the EU on the terms recently negotiated by Boris Johnson.

Asked why MEPs would vote against formal ratification, Dance said: “Very little of the commentary surrounding the Withdrawal Agreement was focused on whether it is what was promised, and whether it is something the public now could or would support.

“I think it is incumbent – considering how far Johnson’s deal is from what was promised – to check whether or not the British public wants to go ahead with this Withdrawal Agreement.”

“What we are seeing now is all down to Boris Johnson’s rhetoric and arrogance coming up against a wall of reality.”

Despite having been agreed in Parliament, Dance argues the Agreement doesn’t respect the result of the 2016 referendum.

He said: “It was baffling to see all the commentary about whether he [Johnson] could get the support of MPs.

“But very little of the commentary was really about whether this is what was promised, whether this makes us better off and whether it is something the public now could or would support.

“That was never addressed and I find that astonishing. It’s almost like Brexit is a religion, there’s no logic anymore.

“It’s not about whether its good for the country or the country can hold together. It’s simply the thing that has to be delivered in order to keep the party together and everything else is inconsequential. It’s terrifying.

“All the promises of more investment and national autonomy suggested that we could leave the EU and still get all the economic benefits and have the added bonus of being able to decide our own laws.”

He added: “That was the message and it has turned out to be utterly false. The unwillingness to scrutinise what was said then to what we have now I think is a huge failing in the public debate.”

Quizzed about his view of the recently negotiated Agreement, Dance said that the deal “falls short in numerous areas.”

“Firstly, the concrete text in the original Withdrawal Agreement on protecting citizens’ rights and environmental rights, essentially preventing a race to the bottom, has been removed from the treaty and put in the political declaration which is meaningless in that it is not binding.

“Secondly, the Agreement hasn’t taken citizens’ rights and made it a separate ring-fenced set of rights that will be unaffected in terms of whatever happens.

“In its current form it doesn’t provide any real clarity or assurances for the EU27 citizens in the UK. That was another campaign promise that was made and I remember being told that it was ‘project fear’ that citizens’ rights would be affected.”

The deputy leaders argues that Boris Johnson is proposing something “akin to a ‘Canada++'” which, according to the government’s own economic analysis, “could leave us considerably worse off.”

In 2018, the government estimated that a hypothetical free-trade agreement with the EU in which the UK maintained tariff-free access with non-tariff costs (such as regulatory barriers), would cost the UK between 4.9 per cent and 6.7 per cent GDP growth after 15 years.

“Do we honestly think that this country can sustain that level of economic damage? I think it would lead to political and economic chaos”, Dance said.

Responding to allegations that he had ‘colluded with foreign powers’ by meeting with EU leaders to discuss a Brexit extension, Dance responded: “I think such an allegation is utterly contemptible.”

“Ultimately, I believe that the UK’s interests lie with us being a member of the World community and in being within the key western alliance – the European Union.

“I will make no apologies for talking to our partners and for making the conditions for us to stay if that is what the British people want. I think that is entirely in keeping with how I view the country’s interests.”

He added: “The idea that we are somehow colluding and that we are acting against Britain’s interests is deeply offensive, especially when it is not me that is pursuing a policy that will lead to the break up of the UK.”

Commenting on the European Council’s decision to grant the UK an extension of Article 50 until 31 January, Dance spoke of the “scepticism” within the European Union.

“I’ve spoken to a number of representatives and there is an emerging consensus that it is actually more work to keep us in the EU than it is for Brexit to happen.

“Democracy is by no means an efficient form of government. It’s messy and incredibly frustrating, but it is necessary.

“And while we are seeing those in the European Parliament appealing to those in power to give the UK more time, we are seeing messages from influential people including from the Bundestag, and my role to try to convince those people that there is still a window of opportunity to resolve the impasse.”

“But we also have to be realistic about what the prospect of that is.

“I hope that in the next few weeks now we have them that my colleagues will be able to muster a majority for a People’s Vote amendment.

He added: “I think it would be sensible to attach it to the Withdrawal Agreement bill and then mandate a referendum to settle the issue of whether we want to leave on Boris Johnson’s terms and follow with a general election on a broader range of issues.”

However, Dance did admit that he did not “think it wholly possible” for a second referendum to be agreed upon in the next few weeks.

He said: “I think MPs should try for it. I think the argument should be made for that sequencing. And in the new year if there isn’t a majority for that, then I think we will have to have a general election.”

Related: A confirmatory referendum would resolve Brexit. A general election would just muddy the water even more.