The Downing Street flat refurbishment cost £200,000 - and was initially paid for by a Tory donor. 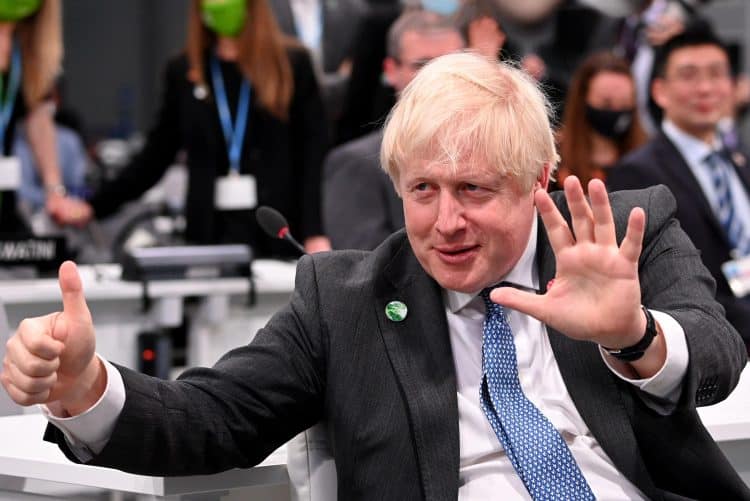 Parliament’s ethics watchdog has been encouraged to investigate Boris Johnson’s Downing Street finances in the wake of the Owen Paterson sleaze scandal.

Angela Rayner called on Kathryn Stone, the parliamentary standards commissioner, to open a fresh investigation into the controversial refurbishment of Johnson’s prime ministerial flat – which reportedly cost £200,000 and was initially paid for by a Tory donor.

It follows a government attempt to throw out a ruling by Stone in relation to lobbying by Tory MP Owen Paterson.

Ministers also tried to overhaul the system created to crack down on sleaze, an effort Rayner derided as an attempt to install a “sham group of Tory stooges who would do [Johnson’s] bidding”.

Johnson is under growing pressure in the sleaze row engulfing his government, with opposition parties demanding an inquiry into his free holiday at a Spanish villa owned by the family of environment minister Lord Goldsmith.

Both Labour and the Lib Dems urged Stone to open an investigation into whether the prime minister properly declared the luxury accommodation in the Costa del Sol.

In a letter to Stone on Friday, Rayner said that Johnson’s behaviour this week “demonstrates that the prime minister is clearly attempting to disempower the role of the parliamentary commissioner for standards and even remove you from your post at a time when he is facing a potential investigation by you for breaching the rules yet again”.

She added: “This situation is deeply concerning for all of us who believe in democracy and basic standards of decency, integrity and honesty in public life. This situation also makes it all the more important that you are able to carry out your investigation into whether the prime minister broke the rules in relation to the financing of the refurbishment of his Downing Street flat, just as he broke the rules on a number of occasions in the past.”

And she said the government-backed attempt to overhaul the standards system by creating a new committee chaired by a Tory MP was an effort to “make Conservative MPs judge and jury over allegations of corruption and rule-breaking”, suggesting it was a “blatant attempt” to prevent the Stone from investigating Johnson.

Dominic Grieve, a former Conservative member of the standards committee, told The Guardian that Johnson’s intervention “clearly could only be interpreted on the basis that he intended to rubbish the committee and the commissioner and undermine them”.

He added: “What this group of ministers – led by this prime minister – have done is to say this is a chum whom we are going to help. And in doing so it doesn’t matter if we trash the existing disciplinary system, which leaves it in tatters for the future.

“And it just so happens that at the same time, well, that might be quite convenient, because the prime minister himself might be the subject of its scrutiny shortly over his issues of non-declaration.”

Related: Peerage for Paterson would be ‘grotesque and offensive’, Sturgeon says