Rory Stewart accused the Mayor of "concocting a hollow fight with government" instead of doing his job with the powers he has. 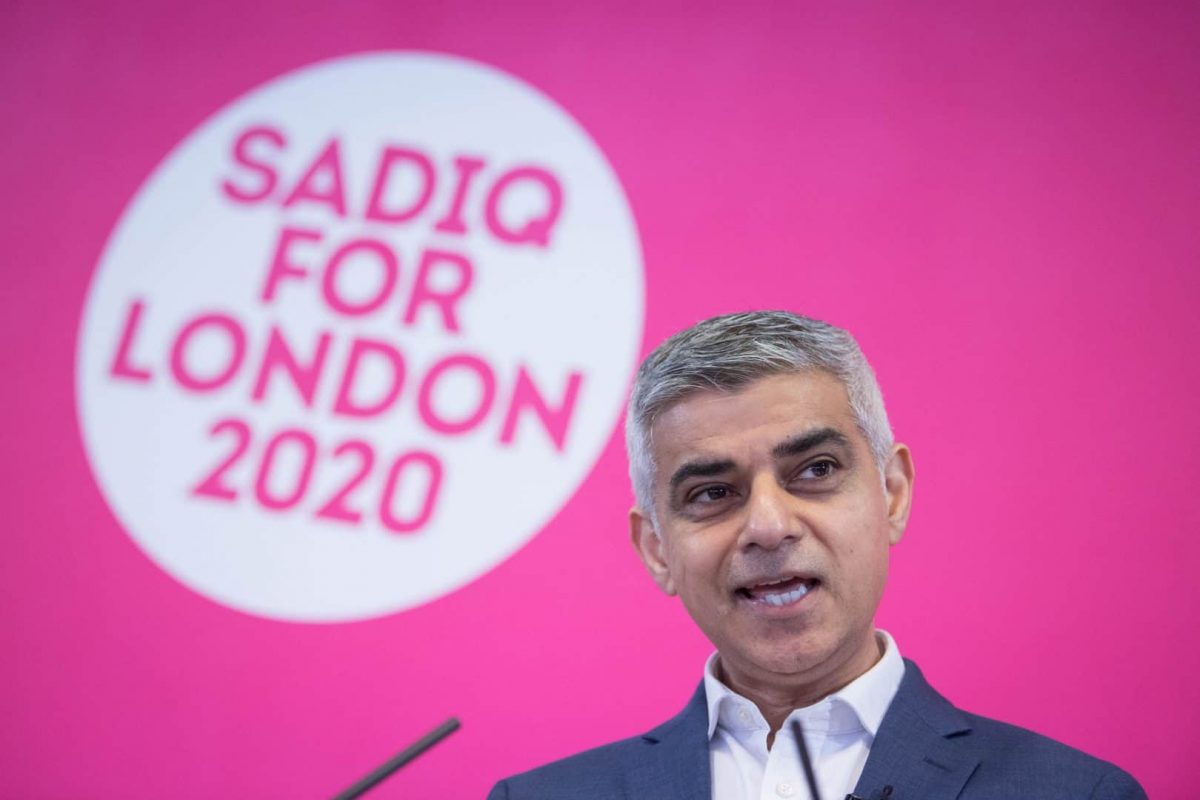 London mayor Sadiq Khan has launched his re-election campaign with an attack on Boris Johnson, who he challenged to hand over the power to introduce rent controls.

He criticised the Prime Minister’s record in City Hall, accusing him on Tuesday of failing on rough sleeping and housing, while scarring the capital’s skyline with skyscrapers.

The Labour incumbent was billing the May 7 election as a “referendum on rent controls”, which he said the Government had “blocked” his attempts to introduce in the capital.

But challenger Rory Stewart has accused him of “concocting a hollow fight with government” instead of doing his job with the powers he has.

Instead of doing his job, with the powers he has, to build affordable houses, the Mayor has concocted a hollow fight with government to simply freeze rents at unaffordable levels. When are we going to judge leaders by what they do, rather than their words? https://t.co/Q1zRrn0nkV

Kicking off his campaign in a housing estate in Hackney, he attacked the PM who repeatedly stressed his achievements as mayor during his own campaigns for power.

Mr Khan said: “When I arrived at City Hall we inherited a terrible mess, the pipeline was empty because Boris Johnson only cared about building luxury flats for overseas investors. And the results scar London’s skyline today.”

“He did nothing to help renters and rents skyrocketed on his watch and shamefully rough sleeping more than doubled during his time as mayor,” the mayor continued.

“It’s simply impossible to undo this damaging legacy overnight, it’s going to be a marathon not a sprint.”

City Hall does not have the powers to introduce rent controls and would need to be devolved from central Government.

But Mr Khan was claiming his victory after putting rent controls “front and centre” in the campaign would mean the Prime Minister could not ignore the “clear and compelling” mandate to grant the power.

“The Prime Minister will have to give us the powers because if he declines to do so he will be denying the democratic will of millions of Londoners who are crying out for help,” he told supporters in a swipe at the key Brexit campaigner.

“And as we’ve all heard Boris Johnson repeatedly say himself the democratic will of the people must be respected.”

Under his proposals, Mr Khan would establish a “London private rent commission”, with renters on its board, to enforce measures controlling rents as prices spiral in the capital.

Mr Khan was not saying how the scheme would work, but his team pointed towards cities including New York and Berlin which have some controls on rent.

“This idea has failed around the world where it has been tried, leading to higher rents and longer waiting lists,” Mr Bailey said.

But Amina Gichinga from the London Renters Union campaign welcomed the plan as having the ability to “transform” the housing system.

“Rent controls are urgently needed to help end the way that sky-high rents are driving people out from their communities and into poverty,” she said.

Mr Khan snubbed rival Rory Stewart in billing the election as a “two horse race” between himself and Mr Bailey, who he also launched a scathing attack on.

Asked if he was running scared of the former Tory cabinet minister who is now running as an independent, Mr Khan indicated internal polling was backing up his claim.

“I’m quite clear based upon my experience on London elections as well as the polls that it’s a two horse race,” he added.

Mr Khan, the former MP for Tooting who was elected mayor in 2016, is also facing challenges from the Liberal Democrats’ Siobhan Benita and Green Party co-leader Sian Berry.