"He stood alongside Jeremy Corbyn knowing he was going to put a dagger between his shoulder blades." 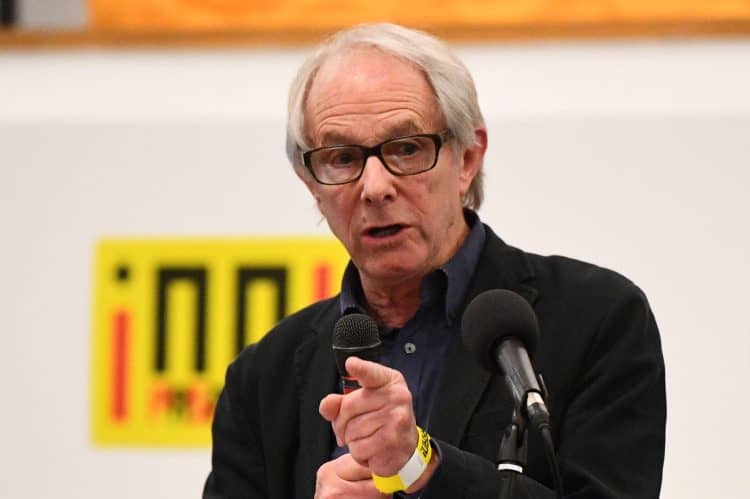 Ken Loach has hit out at Labour leader Sir Keir Starmer, saying he is out to rid the party of its left-wing factions.

Speaking to Double Down News, the filmmaker said Starmer has no interest in democracy after leadership reforms were pushed through, saying he is interested in “power and control.”

“In order to maintain that control it has to get rid of its activists. Democracy, principle, everything goes out of the window,” he said.

“It wields Starmer as dishonest, because he promised unity, knowing that he would get rid of the left the moment he was in there.

“And also personal treachery. He stood alongside Jeremy Corbyn knowing he was going to put a dagger between his shoulder blades.”

The comments from Loach come asRebecca Long-Bailey expressed her “deepest sorrow” that Labour has focused on Starmer’s leadership reforms when it should be fighting the “extreme crises” the UK faces.

The former leadership candidate gave her “heartfelt advice” to Sir Keir at a conference fringe event in Brighton, where there were also calls for former leader Jeremy Corbyn to be readmitted to the party.

Speaking at the debate aimed at providing Socialist Solutions To The Crisis, Salford and Eccles MP Ms Long-Bailey said: “We are facing a fuel crisis, an energy crisis, a care crisis, a cost of living crisis, a building safety crisis, a climate crisis, I could go on, but the point is the country is in an extreme crisis.

“People are suffering and it is set to get much much worse.

“And I say this with deepest sorrow rather than anger, that amidst these crises, amidst this despair, when our full artillery should be focused on attacking this incompetent government, we are presented as a party whose main priority is gerrymandering its own internal election policies.”

Ms Long-Bailey, who stood in the 2020 Labour leadership contest and went onto serve as shadow education secretary, later added: “Many of us might not be in the shadow cabinet anymore, but we are working on those policies, we are developing new ideas, from our members to our trade unions, the work is being done.

Leeds East MP Richard Burgon told the fringe event the “advice” he would give to Sir Keir.

He said: “My advice would be it is a really bad look to the country when you are failing to honour you own pledges to the member of your party.”

Dave Ward, the general secretary of the Communication Workers Union, said the Labour Party leadership was “on notice” from his union.

He said: “For the time being we have got a proposition to the conference we having with our union in few weeks time that we are not going to provide any additional finances to the leadership of the Labour Party”

He added: “I am also here to very much express solidarity with Jeremy Corbyn.

“The sermon on the mount”

John McDonnell also spoke at the fringe event, describing the Labour leader’s 12,000-word essay setting out his stall as “the sermon on the mount written by focus groups”.

The left-leaning MPs were speaking after party leader Sir Keir’s reforms narrowly secured the support of members on Sunday afternoon.

He watched on during a tetchy debate in which delegates lined up to support and oppose his proposals for electing his successors.

Heckling and booing could be heard in the hall during speeches, but the package of leadership reforms, which are expected to make it harder for the left of the party to have a candidate on a future leadership ballot, were ultimately backed by 53.67 per cent to 46.33 per cent.