Starmer has reportedly turned to the man dubbed the "Prince of Darkness" for help moving beyond the Jeremy Corbyn years. 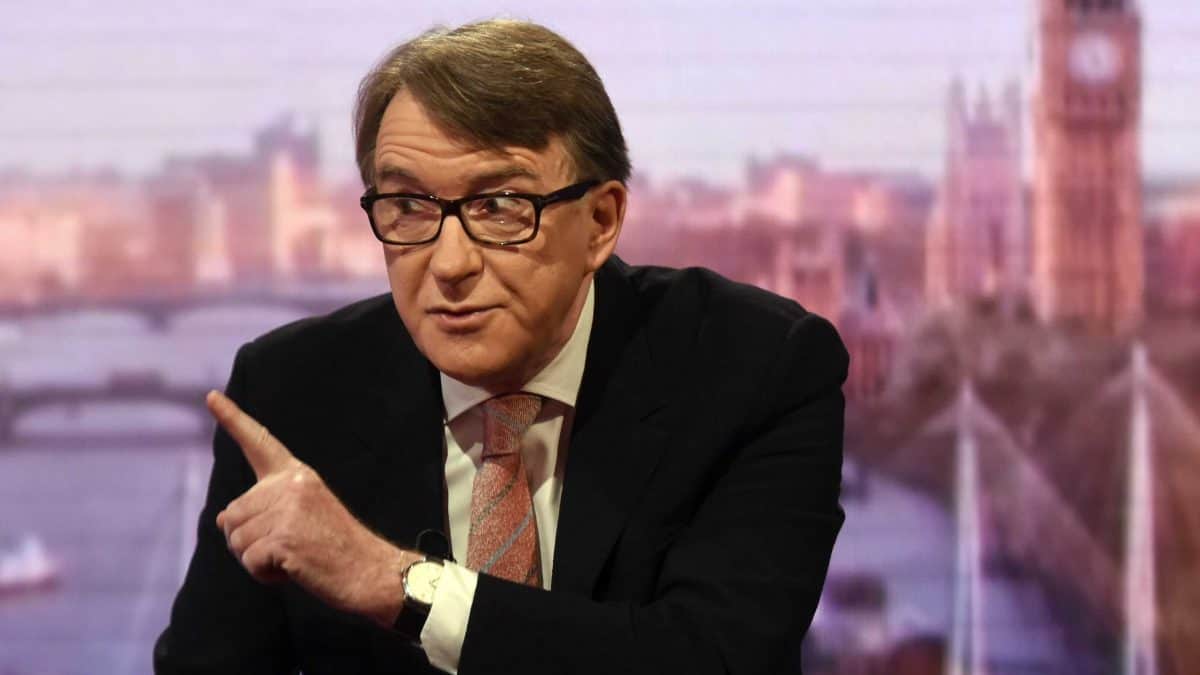 Battling sagging poll ratings and struggling to craft a narrative as to why voters should turn away from the Tories, Labour leader Sir Keir Starmer has reportedly called on an old face from New Labour: Lord Mandelson.

According to the Sunday Times, Starmer has turned to the man dubbed the “Prince of Darkness” for help moving beyond the Jeremy Corbyn years and broadening the party’s slumping electoral appeal.

The 67-year-old Mandelson has reportedly held online calls with Starmer and members of the shadow cabinet. Tony Blair’s former strategist is has offered advice on Brexit and how to woo big business, with the Labour leader seemingly set on crafting an “unashamedly pro-business agenda” and a commitment to individual prosperity and growth.

Mandelson, a former European trade commissioner, is one of Labour’s staunchest supporters of the free market, and once declared himself “intensely relaxed about people getting filthy rich as long as they pay their taxes.”

One shadow cabinet member involved in the meetings told the newspaper: “One of the challenges is that it has been such a long time since we have won an election. So some of the people in our top team have been speaking to some of those people like Peter who were there in 1997 and 2001 about what we need to do to win.”

Starmer’s ten-month honeymoon seems to be well and truly over, having hit a rocky patch after a difficult fortnight which has seen even his close allies question his aptitude for the top job, criticising the former director of public prosecutions as having “no politics”.

Criticism from the left grew more acute last week, when a leaked strategy document revealed that Starmer had been urged to focus on a new patriotic approach which would lean more heavily on the use of the Union Jack.

One senior party figure told the Sunday Times: “Starmer just isn’t very political. He spent too long doing a politically neutral job as director of public prosecutions and that has made him risk averse. He needs to be more ruthless and that starts with sacking half of his shadow cabinet.”

Another complained that Starmer is “overly-focused” on winning back Brexit-supporting ‘red wall’ seats in the north of England, which switched to Boris Johnson’s Tories in 2019. “Starmer should try to do what Blair did and be a leader for an entire country, but at the moment he is obsessing over a small number of seats and an even smaller number of voters who the party has identified might switch back,” the source said.

The vaccine rollout seems to be the biggest driver of Johnson’s rising approval ratings. Almost 14.6 million adults in the UK have received the first dose of a coronavirus vaccine, putting ministers on target to provide jabs to the 15 million people in the top four vaccine priority groups by Monday.

Almost two-thirds – 62 per cent – now approve of the vaccine rollout programme, with 45 per cent of those surveyed naming its management as the part of the Covid-19 response that the government has handled best.

On the economy, 38 per cent of the public trust Boris Johnson and Rishi Sunak, the chancellor, most to handle the country’s embattled finances ahead of next month’s Spring Budget, compared with 26 per cent for Starmer and Anneliese Dodds, the shadow chancellor.