Sir Keir Starmer said the Labour Party needed to be ‘making the case for solidarity and opportunity’. 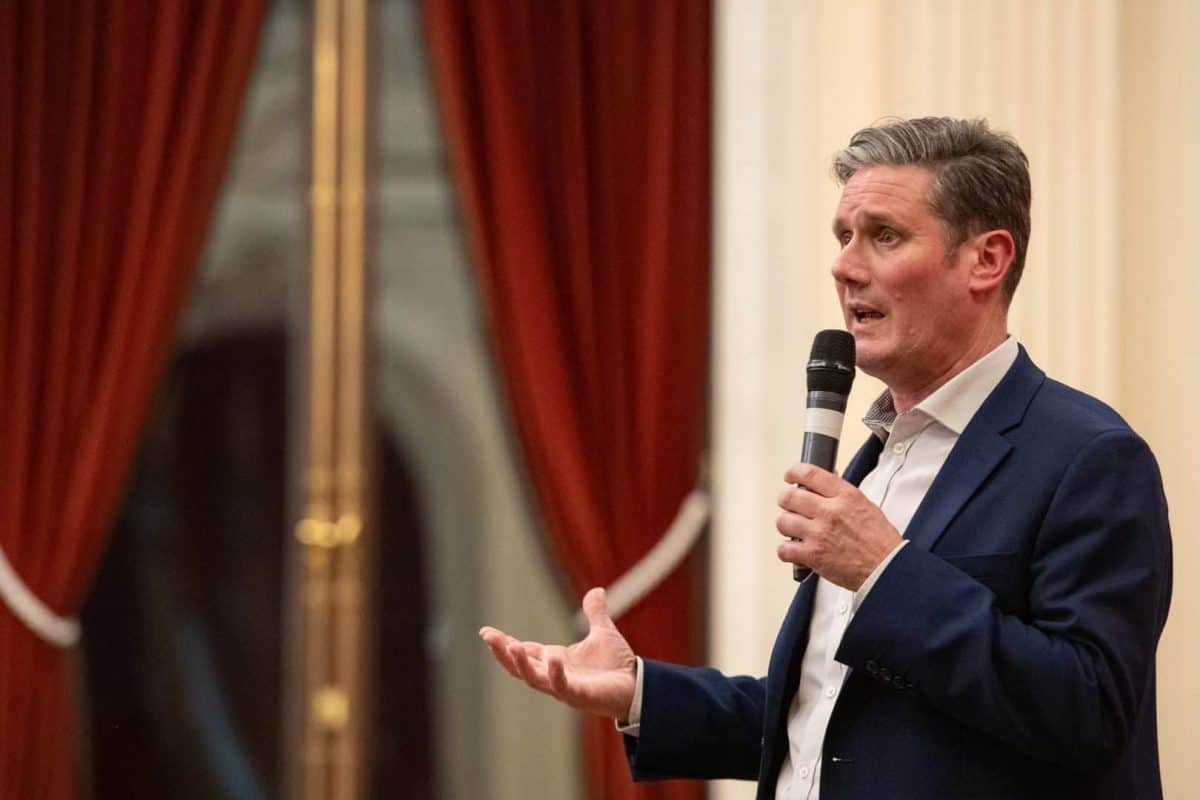 It comes as the Community union became the latest trade union to back the early Labour leadership  front-runner, who already has enough nominations from trade unions and socialist groups to make it on to the final ballot.

The 57-year-old said his own toolmaker father and nurse mother had been “driven by the Labour dream that their children would have better opportunities than theirs”.

Sir Keir, speaking in West Ham, east London, said the party had labelled those in society either “the elite” or the “downtrodden” and had not done enough to appeal to those in between who “want to get on”.

Sir Keir also said he would “lead from the front” on tackling anti-Semitism if elected Labour leader on April 4.

Speaking on the 75th anniversary of the liberation of Auschwitz, he said: “This is not complicated – if you’re anti-Semitic, you shouldn’t be in the Labour Party.

“If I was leader of the Labour Party, I would take personal responsibility for this. I would need to know every week what is going on. It is only when the person who is leading the party takes that kind of direct involvement that things get done and things change.”

Rebecca Long-Bailey one nomination short of being on the ballot

Rival Rebecca Long-Bailey also held a campaign event with members in Oxford on Monday as she looks to secure the final support she needs to make it to the final stage.

The shadow business secretary secured the nomination from Unite on Friday to add to her Bakers, Food and Allied Workers’ Union backing, meaning she requires only one more nomination from a socialist group or trade union to ensure her name is on the ballot.

The Community union, which declared in favour of Sir Keir on Monday, also came out in favour of shadow education secretary Angela Rayner for deputy leader.

It also urged members in constituency Labour parties (CLPs) to help ensure that Labour’s only MP in Scotland, Ian Murray, makes the final ballot for the deputy post.

Candidates are required to have won the nomination of three Labour affiliates, including at least two unions, which amount to at least 5 per cent of affiliate members.

The only other route on to the ballot is by receiving nominations from at least 5 per cent of CLPs.

Wigan MP Lisa Nandy has progressed to the final round, while shadow foreign secretary Emily Thornberry is still in search of enough backers to put her through.