The Labour leader has been credited for his "forensic" performances in the House of Commons. 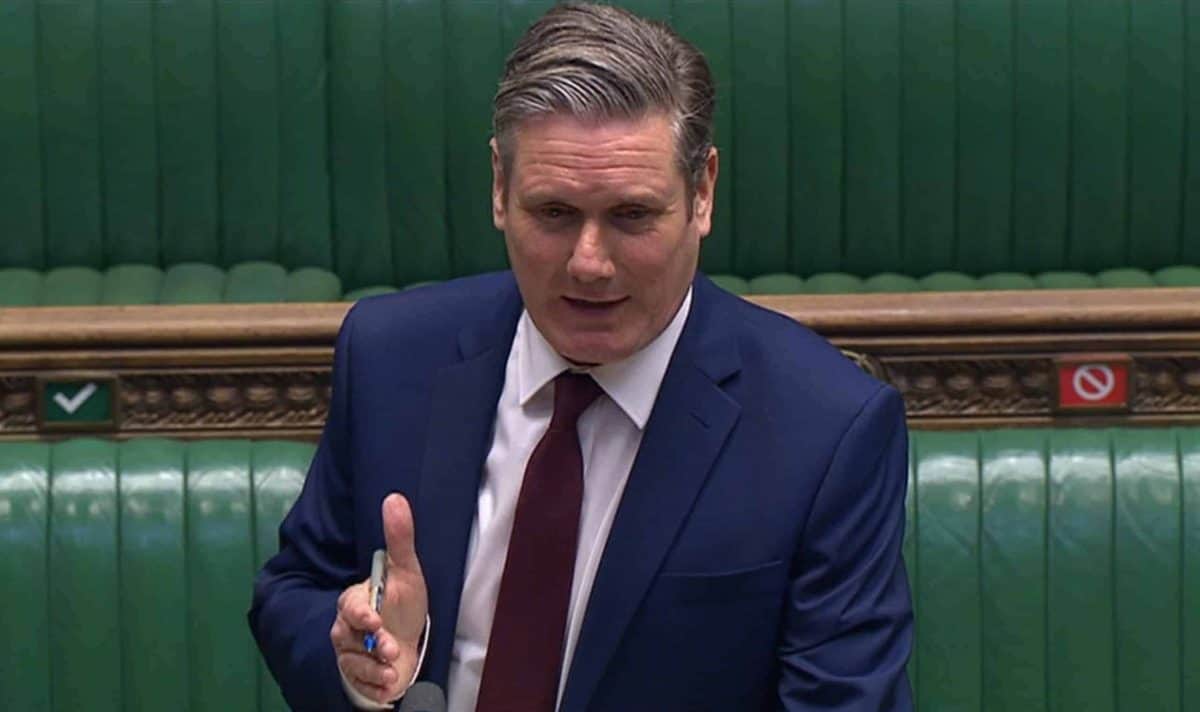 Labour leader Sir Keir Starmer has moved in front of Boris Johnson in the approval ratings following a turbulent few weeks for the Prime Minister.

A YouGov survey carried out over the weekend found that 40 per cent of Brits believe the Labour leader is doing either “fairly well” or “very well” and 17 per cent think he is performing “fairly badly” or “very badly”.

This gives Sir Keir, who became Labour leader in April, a one-point lead over Mr Johnson.

Sir Keir has been praised for his “forensic” performances in the House of Commons and has been likened to “a quietly terrifying force”.

Following the PM’s announcement to the nation on Sunday Starmer put out a broadcast taking the government to task.

“What we needed from the Prime Minister last night was clarity and reassurance,” he said.

“The Prime Minister said he was setting out a road map, but if we’re to complete the journey safely a road map needs clear directions. So many of us have questions that need answering.

“For as long as this crisis persists I’ll keep demanding answers to these questions because that’s how we get better decisions and better outcomes.

Not bad for a start

Commenting on the poll results, Sir John Curtice told the Express: “It’s very early days, and Starmer is not terribly well-known, and one of the basic jobs is to get better known, and obviously the circumstances in which he has got the leadership make that difficult, but the indication so far is that is more likely to be regarded as prime ministerial than was Corbyn, which is not bad for a start.”

A separate poll put Starmer’s net favourability 50 points ahead of where Jeremy Corbyn left off as Labour leader.

It comes as the MP for Holborn and St Pancras blamed the leadership as one of the primary causes behind the catastrophic December election loss.

In an interview with the Financial Times, he said during the election campaign he went to more than 40 constituencies where he knocked on doors and spoke to campaign teams.

“The topic of conversation was always what was coming up . . . anybody who knocks on doors knows a number of things came up.

“The leadership of Labour party was number one, fair or unfair.”

Related: Starmer is setting an ideological trap for the Conservatives