Labour's David Lammy had his head in his hands at presenter's remarks amid UN warnings of “climate catastrophe”. 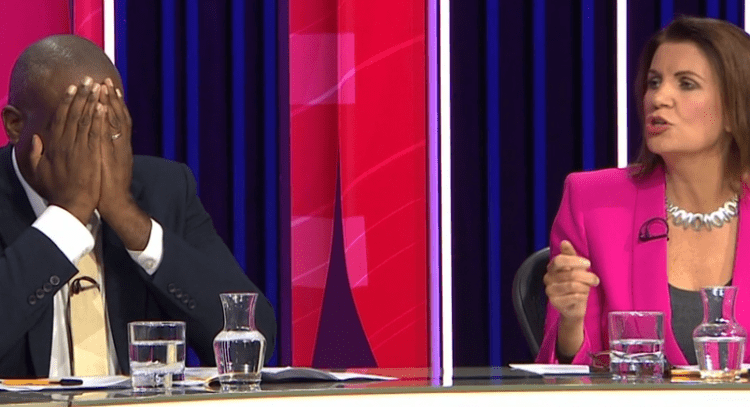 On Question Time, the host provoked dismay from her fellow panellists by dismissing a United Nations study on “climate disaster” and criticising environmental campaigners as  “deeply immoral”.

Her remarks came on the same day that the UN Environment Programme stated that the world, particularly richer carbon polluters, is “far behind” and is not doing nearly enough to meet any of the global targets for reducing future warming.

You can watch the exchange below: