"We are seeing the end of Johnson's 'vaccine bounce'", pollster Chris Curtice said. 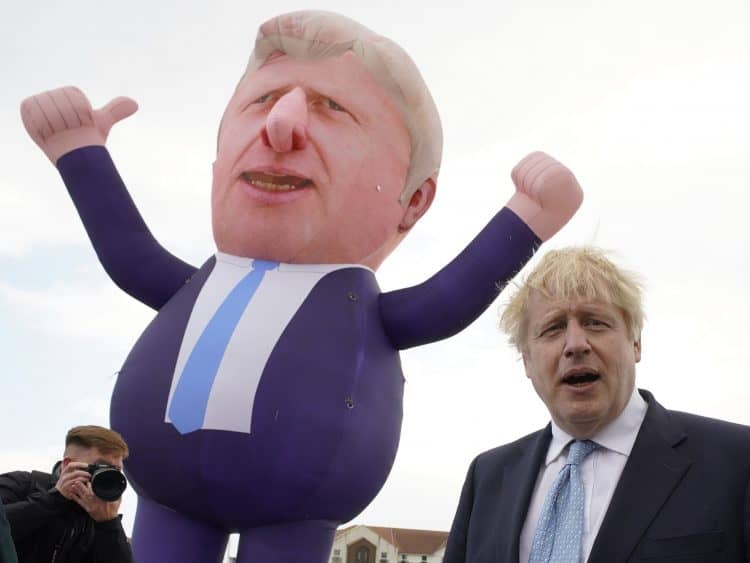 Boris Johnson’s impressive and enduring lead in the polls has begun to collapse amidgrowing anger on his own backbenches.

The prime minister is hoping to launch a series of initiatives in the coming weeks as he looks to outline his plans for Britain beyond the pandemic.

Yesterday he unveiled his plan to tackle anti-social behaviour, taking a tough approach to offenders in order to make them “visibly pay” their debt to society.

He will also attempt to wrestle back control of the news agenda after 16 months of being suffocated by dealing with the pandemic.

The attempts to refocus his Government’s efforts come amid tightening opinion polls and growing anger on his own backbenches.

Johnson’s initial attempts to dodge isolation after being a close contact of the health secretary, who tested positive for Covid on July 17, infuriated the public.

He was forced into a quick U-turn, cancelling his and Rishi Sunak’s participation in a pilot scheme that would have allowed them to take daily tests rather than quarantine and instead self-isolating at his country retreat of Chequers.

But the damage appeared to already have been done with the Tories’ lead in a number of opinion polls collapsing.

A YouGov survey of over 1,000 UK adults conducted on July 20-21 saw the Conservatives on a 38 per cent share of voting intension compared to labour’s 34 per cent.

Only July 16 the Tories had a 13 point lead on 44 per cent compared to the Opposition’s 31 per cent.

Confirming the isolation story had been behind the drop, former Conservative party No10 pollster James Johnson said: “A real shift.

“Going by this week’s focus groups it is the Boris/Rishi self-isolation ping story that’s done it.”

Pollster Chris Curtice added the time when Mr Johnson could rely on the success of the vaccine rollout programme to boost his popularity was over.

He said: “The most obvious answer is that we are seeing the end of Johnson’s ‘vaccine bounce’.

“If the main reason for the large leads was the vaccine rollout, which over 80 per cent of people think they have done a good job of, including a majority of Labour voters then it would only make sense for their support to drop off when vaccines get knocked off the top of the news agenda.

“Obviously, there have been bad news stories we can point to (the recent speedy U-turn on self-isolation, Matt Hancock’s office activities, etc) but the fact the public has noticed and cared about these is probably a symptom of the vaccine bounce coming to an end.”

The isolation fiasco also played badly among Tory MPs, who grew even more incensed when Mr Johnson announced his plans to make proof of vaccination compulsory for Brits to attend large events such as nightclubs and sports matches.

The plan caught MPs by surprise, being announced unexpectedly during a televised Covid briefing last Monday.

The Prime Minister is now facing a backbench rebellion of the issue, with concerns he could lose a vote in Parliament if he goes ahead with introducing the vaccine passports.

Some Tory MPs have even threatened to boycott the Conservative party annual conference in the autumn in protest.

He is hoping his flurry of policy announcements while Parliament is on its summer holidays will help reassure colleagues he has not shifted on his priorities beyond the Covid crisis.

Related: Boris Johnson says his Brexit deal must be renegotiated