“It’s kind of like when I play the piano. The notes individually sound perfectly OK, but they’re not in the right order, or occurring at the right time", he said. 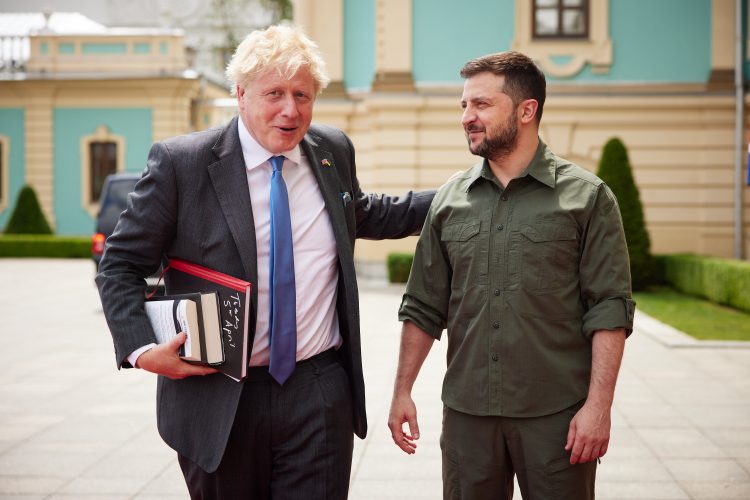 Boris Johnson has encouraged Ukraine to pursue EU membership in his latest interview – despite being the man who took Britain out of the bloc.

The former prime minister spoke to CNN Portugal about Vladimir Putin’s invasion, accusing some EU countries of being “in denial” about the attack to begin with and even accusing the German government of favouring a quick Ukrainian military defeat over a long conflict at the start.

But he said the “EU has done brilliantly” in its opposition of Russia since that time.

“After all my anxieties … I pay tribute to the way the EU has acted. They have been united. The sanctions were tough,” Johnson said.

He added that “if Ukraine chooses to be a member of the EU, they should go for it. and I think it would be a good thing for Ukraine,” helping it achieve political and economic reform.

Kyiv applied to join the bloc earlier this year.

Johnson was replaced in Downing Street by Liz Truss, who had the shortest tenure of any British prime minister.

Her disastrous seven-week term was sunk by a “mini-budget” that spooked markets and caused global financial agencies to express alarm.

In a euphemistic criticism of that mini-budget, Johnson told Quest: “It’s kind of like when I play the piano. The notes individually sound perfectly OK, but they’re not in the right order, or occurring at the right time.”

Truss has since been replaced by Johnson’s Chancellor-turned-political rival, Rishi Sunak, who visited Kyiv for the first time as prime minister on Saturday.

Related: Hunt ‘could be out of job’ by next year following Swiss-style Brexit rebellion