Boris Johnson has said he wants the outlines of a deal to be in place by 15 October - but EU officials have claimed they will not be pressured. 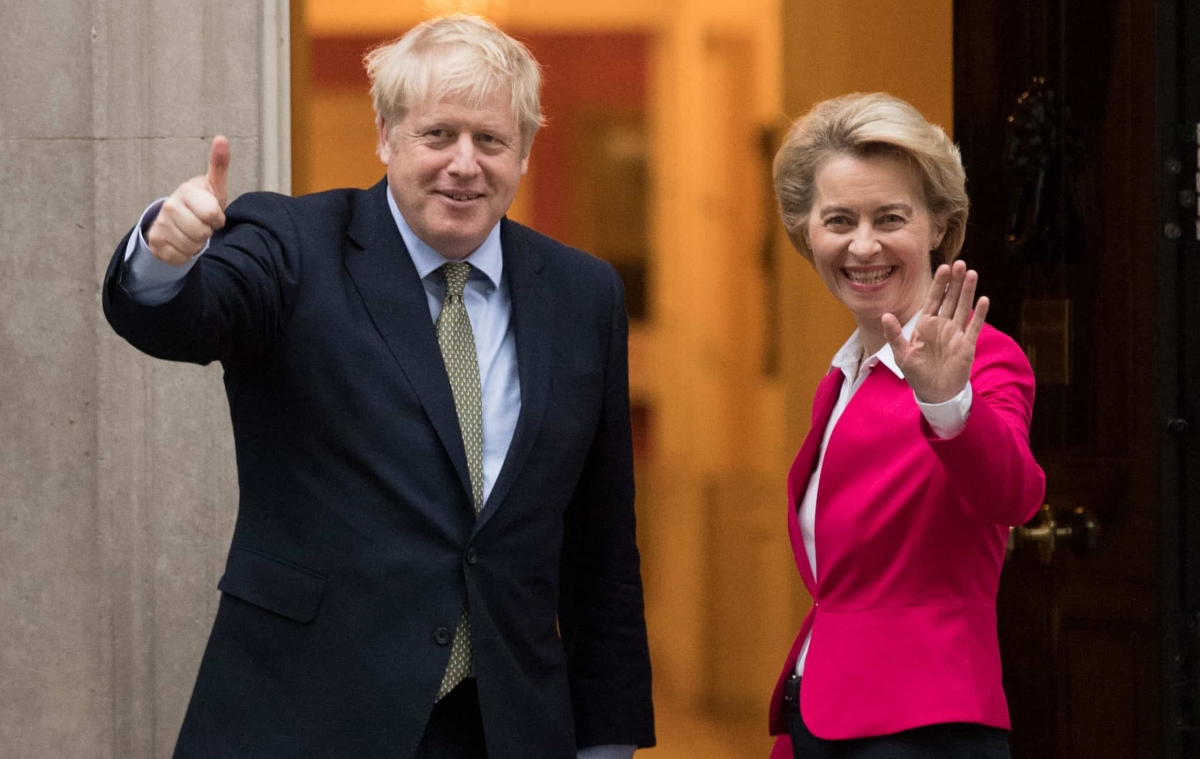 File photo dated 8/1/2020 of Boris Johnson and Ursula von der Leyen. The Prime Minister is to hold talks with the European Commission president to take stock of negotiations on a post-Brexit free trade deal, Downing Street has said.

Brexit negotiations could be about to hit a brick wall, after the UK said it would pull out of trade talks with the EU if there is “no clear deal in sight” by next week.

Boris Johnson, the prime minister, has said he wants the outlines of a deal to be in place by 15 October – but EU officials have claimed they will not be pressured into making concessions and are prepared to call Downing Street’s bluff.

A person close to No 10 told Bloomberg that Johnson “would indeed pull the plug” if the two sides had been unable to scope out a clear landing zone for a deal by next week.

“While we are keen to get a deal, we will not do a deal at any price,” Cabinet Office minister Michael Gove told a House of Lords committee on Wednesday.

“If it is the case that the EU insists on an intransigent approach in the weeks ahead, then very well, we will be ready for that eventuality.”

The two sides have recently intensified negotiations, but two key stumbling blocks to a deal remain – whether the UK will agree to restrictions on state aid in a similar way to the EU, and fishing rights for European countries in British waters.

Johnson spoke with European Council President Charles Michel today, with the EUCO chief saying it is “time for the UK to put its cards on the table”.

‘Better for both sides’

No 10 said Johnson reiterated that the UK would be prepared to leave at the end of the transition period without a trade deal, but accepted brokering one would be “better for both sides” and that talks should “intensify”.

“Although some progress had been made in recent discussions, they acknowledged that significant areas of difference remain, particularly on fisheries,” a Downing Street statement read.

“The Prime Minister reiterated that any deal must reflect what the British people voted for and that businesses and citizens needed certainty very soon on the terms of our future relationship.”

Earlier in the day, the UK’s chief negotiator, Lord Frost, told the Lords EU Committee that a trade deal with the EU remained “some way away”.

He welcomed “quite good progress” in recent weeks and said that “in many areas, the landing zone in the nature of the agreement is pretty clear if not exactly pinned down yet”.

But he said progress was needed in areas with “big gaps” remaining, such as fisheries and the level playing field, which continued to be “pretty wide”.

Lord Frost said: “I feel we are some way from a deal at the moment, if I’m honest, but we are at least having a decent discussion on this and what’s possible and isn’t possible.”