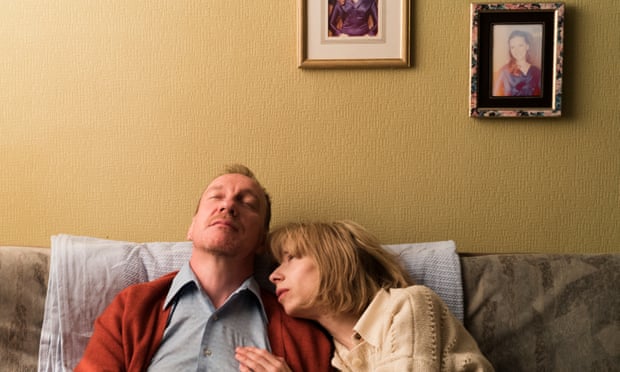 Eternal Beauty is a vivid character portrayal of a paranoid schizophrenic, played by a typically exceptional Sally Hawkins. Featuring the crème de la crème of British acting talent, this is Craig Roberts’s follow-up to Just Jim, a similarly idiosyncratic debut following the trials and tribulations of an excluded teenager told through twisted comedy.

Its insinuated that Jane’s (Hawkins) ailments were the result of being ditched at the alter as a young bride. Aided further by an emotionally incapable mother (Penelope Wilton) and an expressionless father (Robert Pugh) unable to deal with eldest daughter’s downturn and subsequent erratic behaviour. Turning all their attention to youngest daughter Nicola, a spiky, morally vacant and sexually promiscuous figure (played fiercely as an adult by Billie Piper) along with her own toffee-nosed daughter Lucy (Rita Bernard-Shaw), neglecting Jane and middle daughter Alice (an understated and slightly underused Alice Lowe) in the process. Perhaps a simplified rationalisation for Jane’s present day behaviour, but the flashbacks (her younger self is played by Morfydd Clark) are heart-wrenching. The permanent psychological scars of a young overly sensitive soul harshly trampled on by life, so early on.

All the signifiers are there; the rambling internal thought processes, hearing voices, visions, suspicions and obsessions with conspiracy theories. The family dynamics, hallucinatory attacks, therapy sessions and ominous phone calls from an aggressive lover, we never see him, occupy the Jane’s mental space for the first half. Until a reacquaintance turns love interest, appears midway in the form of Mike (David Thewlis), clumsily sweeping her off her feet to the dismay of everyone else. Expectedly he turns out to be even more unhinged than Jane.

Like in Just Jim there is a sensation of time-lessness. An amalgamation of things such as the décor, clothing or the omission of mobiles and any technology, make it slippery to pinpoint to a specific era. The flashbacks have a tinge of the 60s and 70s. There is an ambiance of Wes Anderson and Michel Ghondry; clever editing and sophisticated framing fetishize the banal everyday aesthetics into stylish quirky photographic stills. Yet the film’s indie Britishness, the touch of the psychedelic in her halluconations and the prickly aloof secondary characters are heavily reminiscent of Peter Strickland films.

Roberts based Jane on an extended family member, unusally celebrating her condition for possessing such a rich inner world. A character study, which Hawkins takes on with full gusto, vexing her acting muscles to the max. Delivering with precision all the nuisances of her character’s psychopathology; combining an autonomous spritely spirit, unmanageable oversensitivity and her permanent exhaustion from the whirlwinds of her hallucinations. Yet, her bright-eyed and bushy-tailed disposition does away with most of the doom gloom that come with part and parcel with such depictions. Hawkins injects an innocent likeability and silliness to Jane, conveying her internal mayhem with comic timing and witty one-liners.

Eternal Beauty is out now.