British diplomats reportedly believe that Angela Merkel, Emmanuel Macron and Irish premier Michael Martin will be the first leaders to hear from Biden. 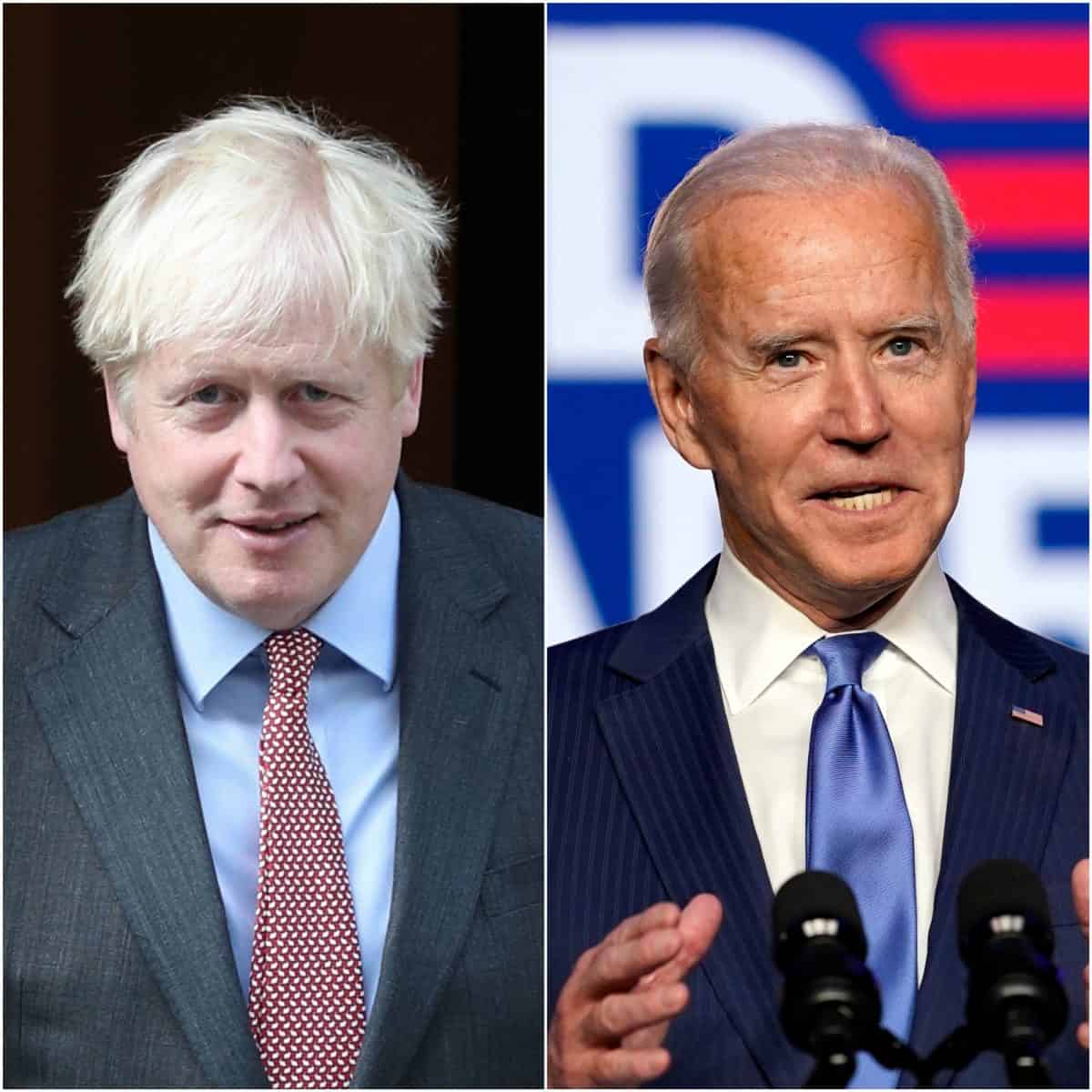 Boris Johnson is yet to receive a phone call from Joe Biden, amid speculation that the prime minister will not be “top of the list” as the president-elect begins reaching out to world leaders.

Downing Street confirmed that the two men have not spoken since Biden was declared victor over Donald Trump – and there is concern in Westminster that the new president will snub Johnson, who he described as a “physical and emotional clone” of Trump last year.

Biden is known to oppose Brexit, and warned that any US-UK trade deal will be scuppered if Britain’s departure from the EU undermines the Good Friday Agreement.

The paper also quotes a senior US politician who is expected to take a job in Biden’s administration as saying: “If you think Joe hates him, you should hear Kamala [Harris].”

Biden’s enmity towards Johnson dates from comments made by the then-London mayor during the Brexit referendum, when he wrote that Obama’s decision to remove a bust of Winston Churchill from the Oval Office was a “symbol of the part-Kenyan president’s ancestral dislike of the British empire”.

But Johnson is reportedly unconcerned if Biden makes him wait for their first conversation, a No 10 spokesman said. “That’s not something we are concerned about,” he added.

Theresa May, Johnson’s predecessor, rushed to the White House to be the first world leader to meet Trump four years ago – but it seems there will be no such meeting this time round.

“I’m not in position to talk about timetables for any meetings,” the spokesman said. Asked if Johnson would apologise for his remarks about Obama, he said that Biden would not be interested in re-litigating the past.

“And that’s what we will be doing as well,” he added.