The PM and Rishi Sunak have claimed to be "tax-cutting Conservatives" - but Labour disagrees. 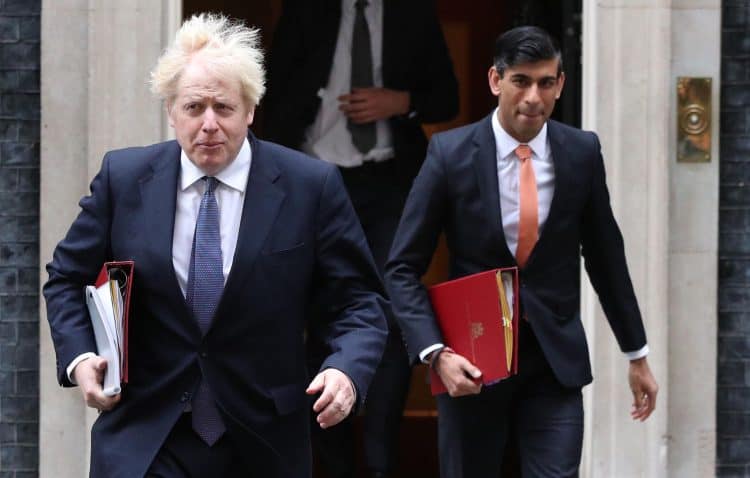 Sir Keir Starmer accused Boris Johnson of trying to “gaslight” Britons by making “absurd” claims he is cutting taxes when they are about to increase.

The Labour leader pressed the prime minister over cost of living concerns as Tory backbenchers continue to voice opposition to the forthcoming National Insurance hike.

He compared Johnson and Chancellor Rishi Sunak to fictional outlaws Thelma and Louise – saying they are about to “drive the country off the cliff and into the abyss of low growth and high tax”.

The 1.25 percentage point National Insurance increase from April is expected to raise £12 billion a year for health and social care services but breaks Johnson’s 2019 election manifesto pledge not to raise taxes.

After Johnson batted away earlier questions about the introduction of “stealth taxes” on working people, Sir Keir – in a nod to Downing Street party allegations – told the House of Commons: “The prime minister might want to sharpen how he answers questions under interview – he’s going to need it in the next few weeks.”

Sir Keir said working people are “always asked to pay more” as he noted the prime minister ordered Tory MPs to oppose a proposed windfall tax on North Sea oil and gas producers, adding: “As a result, the country is missing out on over £1 billion he could have used to cut taxes on energy bills for working people.”

He asked: “Why are the Chancellor and the prime minister protecting oil companies and bank profits while putting taxes up on working people?”

Johnson replied: “This is all about dealing with the consequences of the biggest pandemic this country has seen, with an unprecedented economic crisis in which the state had to come forward and look after the people of this country to the tune of £408 billion. Everyone can see the fiscal impacts of that.”

He went on to defend the Government’s record on the NHS.

“We know this prime minister has no respect for decency or honesty. I can take it when it’s aimed at me but I won’t accept it when he gaslights the British public – writing absurd articles about cutting taxes at a time when he is squeezing working people to the pips.

“Isn’t it the case that he and his Chancellor are the Tory Thelma and Louise, hand in hand as they drive the country off the cliff and into the abyss of low growth and high tax?”

Johnson replied: “I think (Sir Keir) is Dick Dastardly and Muttley – both of them pulling in different directions. We know they have different views.”

He went on to insist the Government is “getting on with the job” as he defended his record in power.