The author was giving her backing to a protest outside the Scottish Parliament over controversial gender recognition legislation. 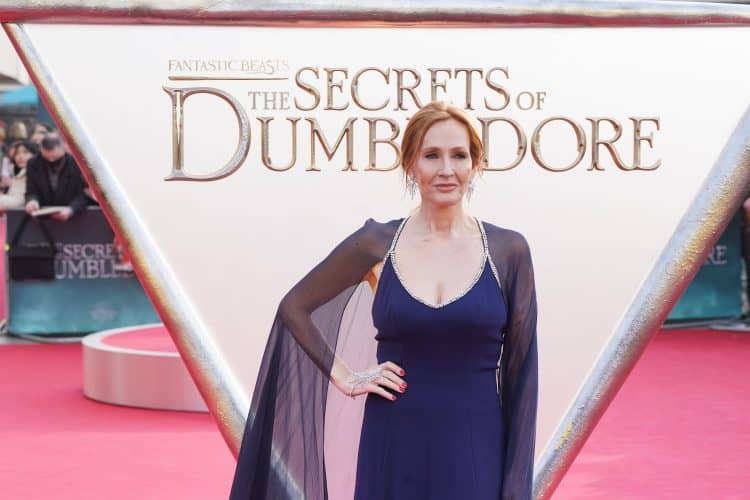 The author tweeted a picture of herself wearing the garment on Thursday as she gave her backing to a protest outside the Scottish Parliament over controversial gender recognition legislation.

Ms Rowling tweeted: “I stand in solidarity with @ForWomenScot and all women protesting and speaking outside the Scottish Parliament. #NoToSelfID.”

Asked by journalists about the post, a spokesman for the Scottish Government said he had not seen it.

Earlier on Thursday, a majority of MSPs on the Equalities, Human Rights and Civil Justice Committee recommended the general principles of the Gender Recognition Reform (Scotland) Bill should be approved.

The legislation aims to make it easier for transgender people to be legally recognised as their preferred gender.

Ms Lamont told demonstrators that upon its establishment, the Scottish Parliament “was a Parliament where policy, where action, where law was shaped by an understanding of what created division and inequality”.

She said: “The particular role was for the committees, which would breach the wall of the Parliament and allow the people of Scotland to participate in what the world could be.

“That has not happened.

“It is not their job to decide before the committee meets who they will listen to, who they will speak to, and only listen to those who already agree with them.

“They should not dismiss, because in that world of dismissal, you shoot the messenger. You ignore the message, you make bad law and other people live with the consequences.

“So my challenge is to my friends and all of the people in there who have the honour of being elected members. Your job as lawmakers is not just to put into law what you think is right, but understand the laws of unintended consequences.”

Ms Lamont said she is “conscious” of the importance of women’s rights.

“I said then, if you don’t address women’s inequality we will never have true equality, and that is as true now as it was then.”