An EU official told Reuters that France had "made a link" between a post-Brexit financial services deal and the fishing row. 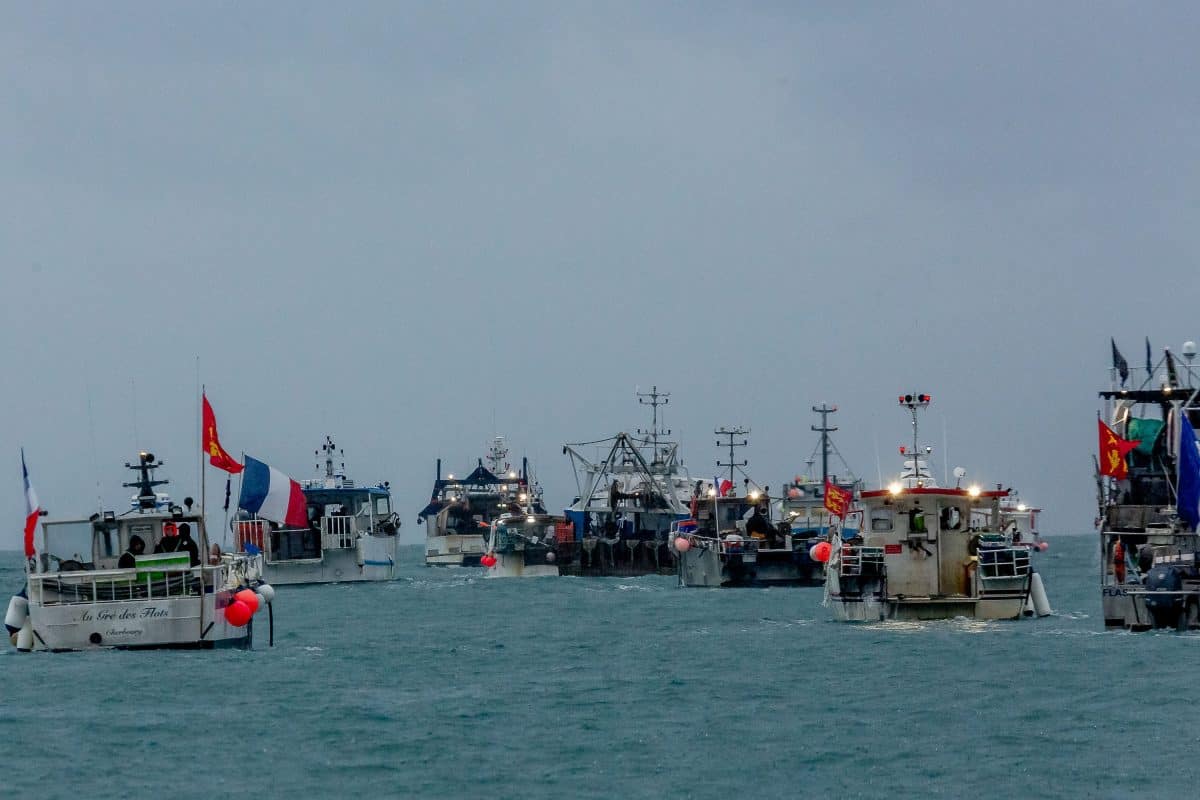 The extension until 1 July is a sign of “good faith” that the row over France’s post-Brexit rights can be resolved, the Government of Jersey said.

An ongoing row over access to the UK’s fishing territory saw France and Britain send patrol vessels to Jersey last week, to monitor a protest by French trawlers in St Helier harbour.

Meanwhile it has emerged that Paris is blocking a post-Brexit financial services deal between the EU and Britain until Boris Johnson hands fishermen greater access to British waters.

Rowing in behind France, the European Commission has said that conditions imposed on licenses for French vessels in Jersey waters breach the terms of Johnson’s Brexit deal.

Despite tentative signs of a resolution, the dispute threatens to imperil a long-awaited financial services agreement between Brussels and the UK, which City of London officials are desperate to see struck.

“We’ve made a link between the two,” an unnamed EU official told Reuters.

Another EU official revealed that frustration with Britain was not limited to France. “It’s not just France and it’s not just fishing,” the unnamed diplomat said. “Britain must fully apply the agreements it signed up to, which is not the case right now.”

Jersey’s Environment Minister John Young said on Tuesday that limits on days permitted in Jersey waters, as well as rules on the gear that can be used by licensed vessels, had been suspended until 1 July.

He added that “technical meetings” were taking place between the UK and EU to “further clarify these matters”.

“Our objective remains to find a way forward for all fisheries who have a proven economic link to Jersey waters and return to the cordial, positive relations we have enjoyed for decades with our closes neighbours in Brittany and Normandy,” he said.

Michael Gove, the Cabinet Office minister, said earlier this week that British officials – including the environment secretary and Brexit minister – were currently seeking to resolve the issue with French counterparts.

“I know George Eustice and Lord Frost have been having conversations with French and EU counterparts to deescalate the situation,” he said.