Footage from the event clearly points to the contrary. 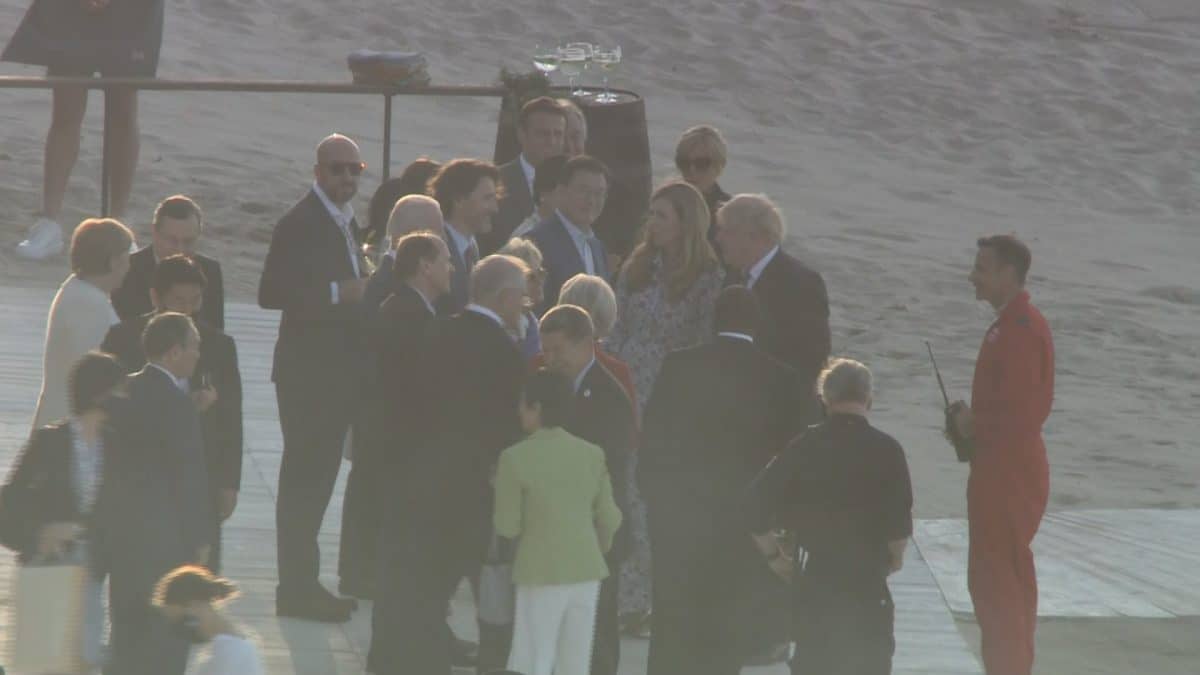 Dominic Raab has come out in defence of G7 leaders after footage emerged showing them flouting social distancing protocols at a barbecue.

Following a day of talks leaders at the event relaxed with a barbecue on the beach cooked by Simon Stallard, chef at the Hidden Hut in Portscatho.

They were served sirloin and lobster and enjoyed hot buttered rum and toasted marshmallows around fire pits on the beach.

Sea shanty group Du Hag Owr also provided the musical accompaniment and the Red Arrows did a flypast, but many people were quick to point out the lack of social distancing at the gathering.

Asked about it on Sky News this morning, foreign secretary Dominic Raab said “there was social distancing” at the event, despite footage clearly pointing to the contrary.

Trevor Phillips said: “It’s a pretty good signal that if you’re having a wedding and having it outside, you can probably have more than 30 people and not wear a mask”.

One rule for them, another for us.

Dominic Raab – "There was social distancing" at the barbecue ?#Phillips #marr pic.twitter.com/haEC5y1QKw