According to reports, the former business secretary believes himself to be the "standard-bearer" for the right-wing of the party. 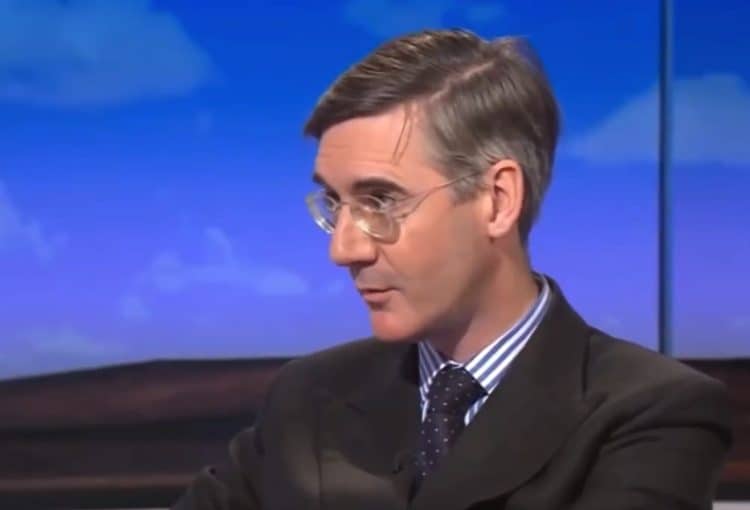 Jacob Rees-Mogg is reportedly weighing up a bid to run for the Tory party leadership should Rishi Sunak tank at the next general election.

According to Daily Mail reports, the former Business Secretary believes himself to be the “standard-bearer” for the right-wing of the party and could help them rebuild in the event that predictions of a catestrophic defeat prove accurate.

The latest polling suggests Sir Keir Starmer’s party could scoop as many as 482 seats at the next election, with the Tories being left with just 69 seats.

Rees-Mogg is reportedly willing to step in if the polling proves accurate in 2024.

The MP for North Somerset is said to have considered putting his name among the runners and riders after his close ally and ex-prime minister Boris Johnson stepped down in the summer.

One source close to the former Business Secretary said: “Jacob thought about it overnight but decided that his loyalty to Boris meant that he had not put a team in place to be able to win a contest while others had.

“Also Liz Truss was quick out of the blocks which meant it was difficult for him to run against her.”

In the end, Rees-Mogg joined other Boris loyalists such as Nadine Dorries in backing Truss – whose time as prime minister infamously ended after less than two months.

But he is said to believe “the right needs to have a candidate” after what appears will be an inevitable election defeat.

Related: Almost a third of Leave voters want a closer relationship with EU