Isn't it ironic? This Sky News presenter was left speechless on Thursday, after he was burned by Matt Wrack of the Firefighters Union. 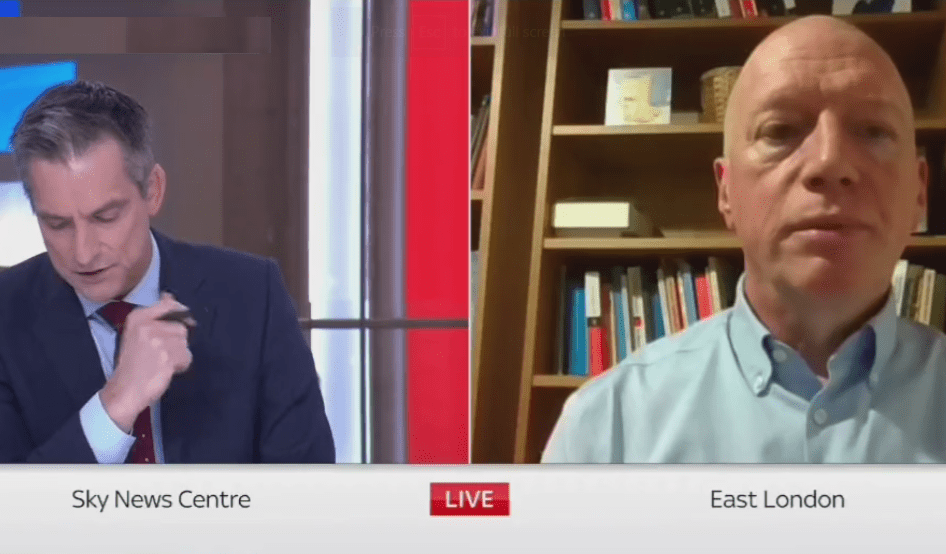 It’s fair to say that Sky News host Jonathan Samuels was ‘on the wrack’ this morning. Matt Wrack, to be precise. The General Secretary of the Firefighters Union was in no mood for nonsense, after the TV anchor was accused of ‘repeating government spin’ in his line of questioning.

It’s looking increasingly likely that the UK’s firefighters will be the next group to down tools and engage in a nationwide strike. It’s a familiar story, as a row over fair pay and workers rights brings staff to breaking point.

Talks between union bosses and the government have, somewhat predictably, fallen flat so far. With no deal in sight, a strike in the new year now looks inevitable. They will almost certainly join the likes of rail workers, nurses, and ambulance crews in taking industrial action.

Samuels posed one particularly skewed question towards Wrack, quoting a London salary for firefighters as the national one. It didn’t take long for the union’s representative to pick up on this flawed methodology, though.

Of course, firefighters are no strangers to treating burns. But it’s rare to see them administer one so publicly. Mr. Wrack accused the Sky News host of simply parroting attack lines presented by Conservative ministers. On more than one occasion, he asked the reporter to ‘get his facts right’.

It was a Mick Lynch-esque performance, we’ll say that much…

“Get your facts rights, and use basic statistical honesty. You’re conflating London figures with national figures. The national average salary is £32,000 per year for a competent firefighter, and that comes after years of training.”

“You are using the London figures, and you need to compare them with the average London wage. Now, you’ve asked a question here… where you are twisting the facts. I don’t know where you’ve got those figures from.”

“It is NONSENSE to suggest that the pay of public sector workers causes inflation. Instead of repeating government spin to people, you should state the facts. Meanwhile, in the last decade, we’ve been told to tighten our belts while the rich get richer.” | Matt Wrack