"Being accountable for your own actions isn't called discrimination, it's called being a god damn bloody adult." 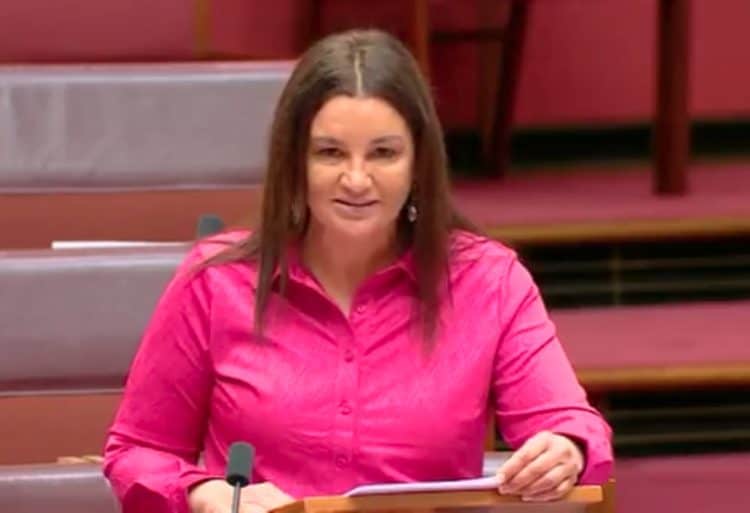 Supporters of the bill argued that vaccine mandates are discriminatory and sought to ban them in the areas of goods, services, facilities, employment, education, accommodation and sport.

ButLambie vehemently disagreed and, if you excuse her slightly Trumpian comments on Chinese bats, she makes some good points.

Australia has begun a phased re-opening since reaching vaccination targets. More than 85 per cent of Australian over-16s are now fully vaccinated.

The international education sector earned Australia an estimated A$40 billion (£21bn; $29 billion) in 2019, making it the country’s fourth-biggest export after iron ore, coal and gas.

Until recently, Australia barred even its own people from leaving the country under a strategy sometimes dubbed “Fortress Australia”.

The policy was praised for helping to suppress Covid, but it has also controversially separated families.

The measure was only eased in November this year, giving long-awaited freedoms to vaccinated citizens and their relatives.

From December 1st, skilled migrants and international students, as well as Japan and South Korean citizens, will be among those allowed entry to the country.

All must be fully vaccinated.

Under the relaxed rules, eligible visa holders will be allowed to return to Australia without needing a special exemption.

That will be an estimated 200,000 travellers between December and January, the government said.

They must return a negative Covid test in the three days before arriving, she added.

Fully vaccinated South Koreans and Japanese who hold a valid visa will also be able to enter without undergoing quarantine.