“I see the disinfectant, where it knocks it out in a minute, one minute. Is there a way we can do something like that by injection inside, or almost a cleaning?" 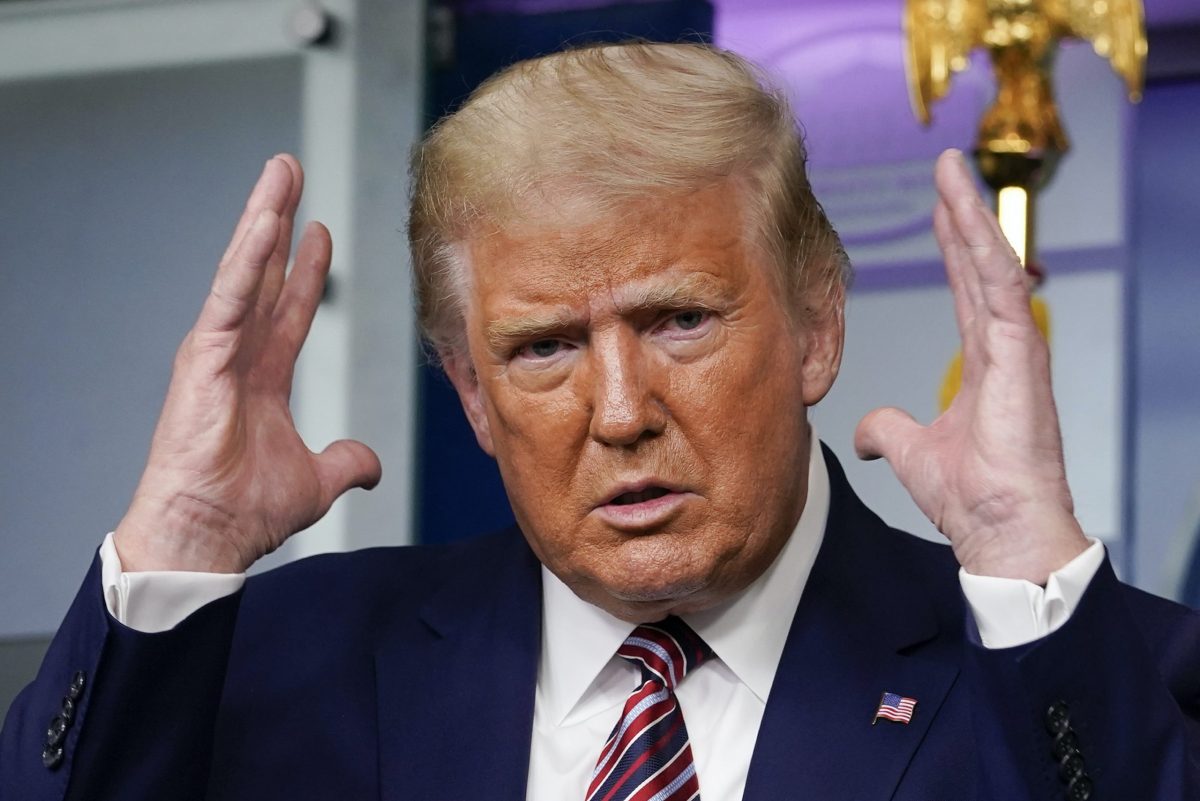 Donald Trump and his wife, Melania, have test positive for Covid-19.

It is a development without precedent in a year unlike any other but, looking back at the president’s words and deeds throughout the pandemic, not an entirely surprising one.

Like contemporary Jair Bolsonaro in Brazil, Trump repeatedly poured scorn on the existence, prevalence, danger and longevity of Covid-19. Both have now been struck down by the virus they dismissed.

With the eyes of the world on the White House, let’s look at all the times the president questioned coronavirus.

Way back in February, as it became increasingly clear that the virus would spread across the glove, Trump blithely predicted that Covid-19 would simply vanish.

“It’s going to disappear one day,” he said. “It’s like a miracle, it will disappear.”

Days earlier, he had claimed that the risk to the American people “remains very low”, adding that “we have the greatest experts, really in the world, right here.”

More than 200,000 Americans have since died after contracting the novel coronavirus.

That same month, the president suggested that warmer weather would see off the virus, claiming: “A lot of people think that goes away in April, with the heat, as the heat comes in, typically that will go away in April.”

It did not go away in April.

Trump headlined the grassroots conservative conference CPAC in the early days of March. It quickly emerged that an attendant had tested positive for coronavirus, on the same day that Washington recorded its first case of the virus.

Asked if he was concerned that the virus was closing in, Trump said: “No, I’m not concerned at all. No, I’m not. We’ve done a great job.”

When questioned whether his thousand-person strong campaign rallies would be able to continue, the president replied: “We’ll have tremendous rallies.”

Perhaps the most jaw-dropping claim Trump has made about coronavirus came in April, when he suggested checking whether disinfectant could be injected into humans to combat Covid-19.

“I see the disinfectant, where it knocks it out in a minute, one minute,” he said at a White House briefing. “Is there a way we can do something like that by injection inside, or almost a cleaning?

“Because you see it gets in the lungs and it does a tremendous number on the lungs, so it’d be interesting to check that.”

He would later claim his comments were sarcastic.

The US began recommending that its citizens wear face coverings in public to stop the spread of the virus in April, but – while announcing the new guidelines – Trump said he was “choosing not to do it.”

“I just don’t want to wear one myself,” he added. Trump has since worn a mask when it suits him, but not – notably – at rallies or large political events he has attended, nor with aides.

His tortured relationship with masks continued into this week’s presidential debate, when he taunted Joe Biden – his Democratic challenger – for wearing a mask “every time you see him”.

“He could be speaking 200 feet away from them, and he shows up with the biggest mask I’ve ever seen,” the president said – days before he tested positive.

Trump claimed to have seen evidence that the coronavirus outbreak began in a laboratory in Wuhan.

“It’s a terrible thing that happened,” he said. “Whether they made a mistake or whether it started off as a mistake and then they made another one, or did somebody do something on purpose.”

Chinese authorities have denied this, and US intelligence services have dismissed it as merely a theory. Trump continues to refer to Covid-19 as the ‘Wuhan flu’ and the ‘China virus’.

The president has touted several magical treatments for Covid-19, but he has promoted none of them as ardently as hydroxychloroquine – an anti-malarial drug.

Despite researchers from Oxford University finding no clinical benefit to the drug, Trump said he had requested a prescription from the White House doctor.

“I started taking it, because I think it’s good. I’ve heard a lot of good stories,” he said.