The Private Eye editor told MPs that the public "is very sick of being taken for fools". 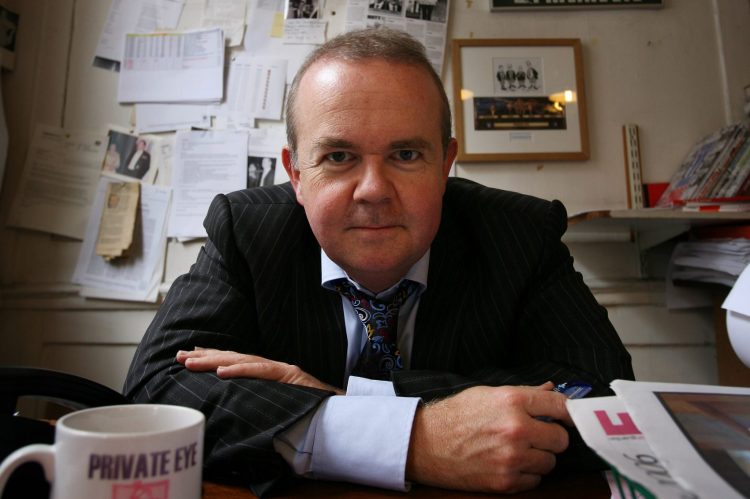 The British public is “sick of being taken for fools” by MPs taking on lucrative second jobs with companies in exchange for government access, Ian Hislop has warned.

Appearing at the Commons Standards Committee to discuss MPs’ Code of Conduct, the Private Eye editor questioned the judgement of politicians who accept additional jobs.

It comes after ex-Tory MP Owen Paterson, who stood down from the Commons after the was found to have broken lobbying rules, shone a light on the issue of politicians’ outside interests.

And Hislop said Paterson’s behaviour showed the system had failed – and derided Boris Johnson’s attempts to protect him as “cack-handed”.

‘Sick of being taken for fools’

“We have given evidence before about exactly this… about people who have had jobs in specific areas and then gone on to work with companies who benefit from government contracts,” Hislop told MPs on Wednesday.

“And I always say the same thing: what do you think these companies are paying the money for? Do you think they are chucking it away?”

“Why do MPs think businesses are paying them this money? Why did Owen Paterson think he was being given all this money, what, because he is so brilliant?” Hislop added.

“I think the public is very sick of being taken for fools at the moment on all sorts of levels.”

He added: “I think we have to admit that the system failed in that Owen Paterson had obviously no idea he was breaking the code, and a large number of his fellow MPs decided that they had no idea either, and that the whole system wasn’t working.

“We have to redefine the term lobbying, and we have to incorporate some of the proposals you have made, and instead make them harder.”

Jenkin said: “You can police rules and have tougher rules but lots of people will carry on gaming rules.

“If they think rules are the only issue and they don’t understand why the rules exist – what the principles are behind the rules – you aren’t going to change people’s attitudes.”

But Hislop replied: “That’s just depressing – the idea that politicians are just so innately corrupt that they won’t understand public anger at what they are doing and none of them will obey the rules.

“You want a moral shift in the type of people who become MPs, I can’t do anything about that,” he added later.

He suggested that contracts for second jobs outside parliamentary duties should be published in full. “If you’re taking money from a company, what are they getting out of it?

“At least print the contract, tell us what you’re being employed for and let’s have a look at the minutes of the board meeting.”

Another Private Eye journalist, Richard Brooks, told the committee that the definition of lobbying should be widened.

“By restricting what you band to lobbying, you narrow it down too much because lobbying is open to a very legalistic technocratic interpretation that doesn’t include all kinds of behaviour – a quiet word in the ear, expressions of opinion without formally lobbying – all those sorts of things that are just as important,” he said.

“The problem is that a lot of what goes on that distorts public decision-making doesn’t qualify as lobbying and I think you perhaps need to look a little bit further and say ‘OK, what sort of jobs do we need to ban’.”

“For example, if they’re a doctor, teacher, lawyer, nurse, that sort of thing.”

Related: ‘Just another day’: Ardern unworried after anti-vaxxers force her off road