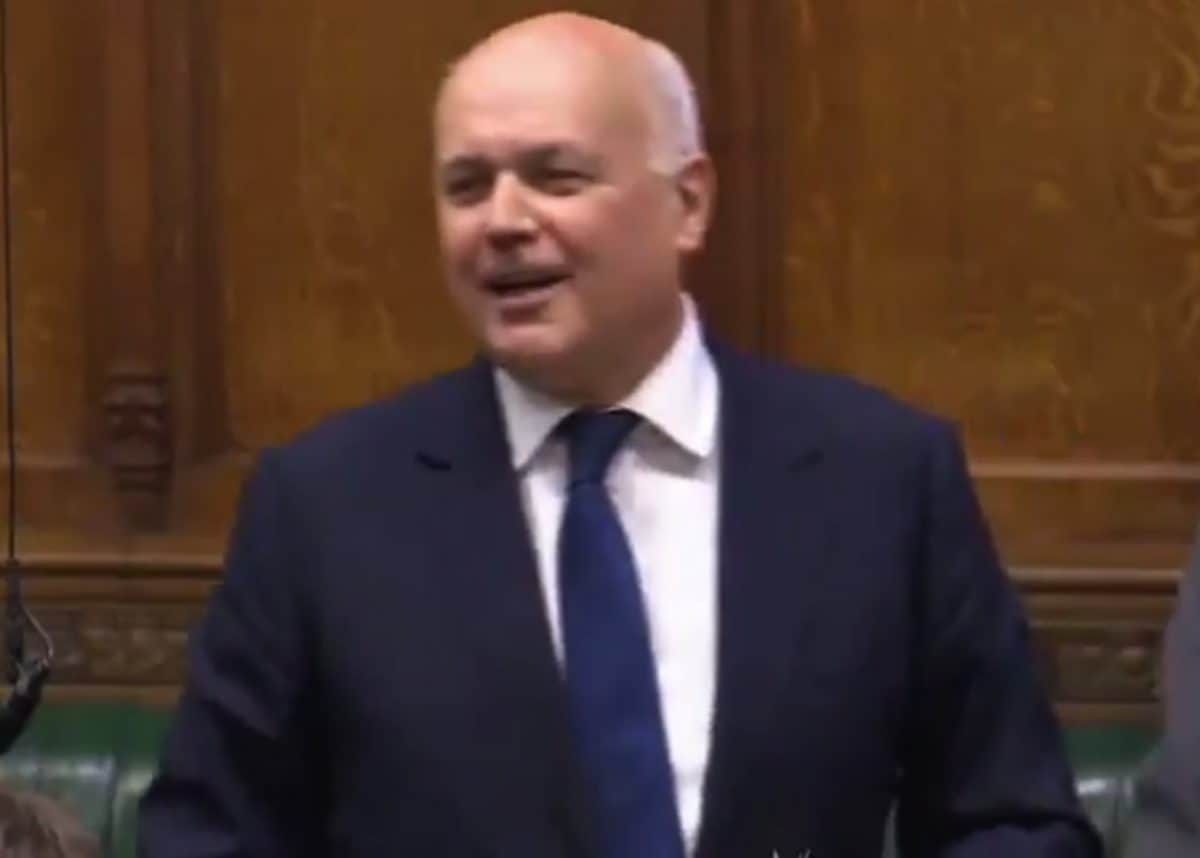 A speech given by Iain Duncan Smith in the House of Commons shortly before MPs passed the Second Reading of the Withdrawal Agreement Bill has come back to haunt him following his latest rant over the “fine print” of the agreement.

The former Tory leader lashed out at the divorce deal yesterday, complaining it could leave the UK liable for £160 billion of unpaid loans.

He said it “costs too much”, “denies us true national independence” and “has to go” in a series of Twitter posts, despite voting in favour of passing the bill in parliament.

But a speech he made back in October seemed to send out a very different message.

At the time, Duncan Smith claimed the ‘fine print’ had been mulled over on more than enough occasions and that a speedy passage through parliament would be the best thing for the deal.

“We’ve had more than 100 hours in committee over the last 3 and a half years”, he said.

Take a deep breath & watch this