Hunt expected to delay spending cuts until after next election

The chancellor is set to gamble on delaying spending cuts so that Labour will shoulder the worst of the pain - but it could backfire. 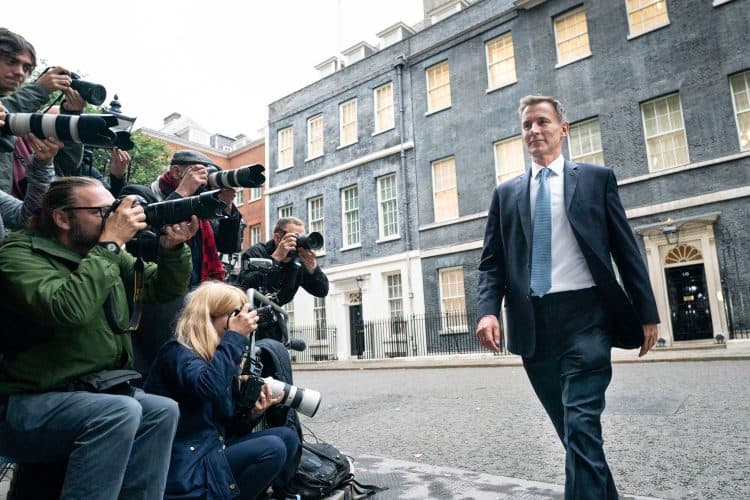 Jeremy Hunt is expected to delay much of the £55 billion of savings to fill the hole in the public finances until after the next election in an attempt to protect the economy and shore up Tory support as the country heads into recession.

According to Bloomberg reports, the bulk of measures set to be unveiled by the chancellor this week will be delivered in the final years of the five-year forecast to protect growth now and, likely, the Conservative’s chance of re-election.

Around 40 per cent of the savings are expected to come from tax rises, while 60 per cent will be delivered via spending cuts.

The decision to delay cuts until after the next election has been described as “the political equivalent of making commitments to cut spending with your fingers crossed behind your back” by the i’s Richard Vaughan.

It could also potentially backfire quite spectacularly as it “gives Labour the opportunity to tell voters that the Tories plan to cut back on essential services across the board before they go to the polls.

“Few Tory MPs will relish the prospect of telling voters on the doorstep that they should vote for them to bring in “austerity 2.0”.”

Speaking to reporters on the plane to Indonesia for the G20 summit, Rishi Sunak said financial conditions in the UK had “clearly” steadied since the disastrous Liz Truss premiership.

“But they have stabilised because people expect the Government to take the decisions that will put our public finances on a sustainable trajectory, and it’s the Government’s job to deliver on that,” he said. “And that’s what the Chancellor will do.”

Asked whether the budget would spell years of pain for the public, Sunak said the plan is to “lay the foundations” for growth so taxes can be cut “over time”.

“The Chancellor has also said that part of our job is not just to bring stability back to the system, which we will do, but it’s also to lay the foundations for the economy to recover and grow,” he said.

“That’s how we’re going to be able to cut people’s taxes over time and support public services. And you’ll hear that side of the equation from the Chancellor as well.”