“There can’t be one rule for senior Conservatives and their chums and another rule for everyone else.” 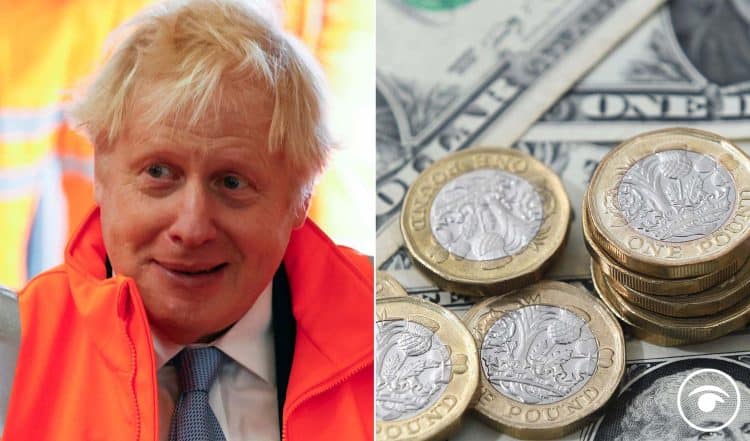 Boris Johnson has insisted that all Conservative Party donations are “vetted” after it was reported that a prominent donor was involved in one of Europe’s biggest corruption scandals.

According to an investigation by several major news organisations including the BBC and The Guardian, British businessman Mohamed Amersi – who contributed significantly to Mr Johnson’s leadership campaign – worked for Swedish telecoms giant Telia on several controversial deals.

Documents are reported to show that Mr Amersi advised Telia on a complex transaction worth £162 million with the daughter of Uzbekistan’s authoritarian ruler Islam Karimov.

The Swedish company was later fined £700 million by US authorities over the deal and accepted that the money given to Mr Karimov’s daughter Gulnara was a “corrupt payment”.

Mr Amersi was involved in the payment to Ms Karimova using a Gibraltar-based offshore company in 2010.

But on Monday he said he “categorically rejects” any allegations of wrongdoing.

Mr Amersi said: “Exhaustive investigations have been carried out into Telia by multiple governmental authorities and no allegations of misconduct or criminality have ever been made against me.

“My work as an adviser has always been conducted appropriately and legally.”

In a statement, representatives for Mr Amersi said the reports were misleading and inaccurate, and sought to “embarrass the Conservative Party on the first day of the party conference” in Manchester.

In a statement, they said the businessman “never knowingly facilitated corrupt transactions amounting to bribes”.

They said Mr Amersi was only ever an adviser on technical details of the dealings between Telia and firm Takilant, and added Mr Amersi “did not know that Gulnara Karimova was the ultimate controller of Takilant”.

Mr Johnson insisted any donations made to his party were above board.

Mr Amersi’s contributions included more than £100,000 towards the 2019 general election campaign and £10,000 to the Prime Minister’s leadership bid.

Asked about the donations at a Network Rail site in Manchester, the Prime Minister told reporters: “I see that story today. But all I can say on that one is all these donations are vetted in the normal way in accordance with rules that were set up under a Labour government.

“So we vet them the whole time.”

He told BBC Breakfast: “My understanding is we carry out compliance checks in line with the referendums and political parties legislation that was put in place by the Labour government.

Mr Amersi’s name featured in the leak of financial documents – dubbed the Pandora papers – which allegedly cover the activities of 35 current or former world leaders, more than 300 public officials and 100 billionaires.

According to BBC Panorama, which conducted a joint investigation with The Guardian, the papers reveal details of the way prominent and wealthy people have been legally setting up companies to secretly buy property in the UK.

Asked if he has benefited from an offshore arrangement, he told Sky News: “No. I haven’t.

“I’ve seen these things overnight as well and it’s always tough for me to comment on them specifically, given they’ve only just emerged, and of course HMRC will look through those to see if there’s anything we can learn.”

He denied that the City’s role in tax avoidance is a “source of shame”.

He told BBC Radio 4’s Today programme: “I don’t think it’s a source of shame because actually our track record on this is very strong.

“As you’ve seen from the papers, it’s a global problem, there’s a global dimension to it, and we need other countries to co-operate with us to tackle this, but we’re determined to do that.”

Anneliese Dodds, Labour Party chair, said: “It’s really concerning that the Conservatives have accepted hundreds of thousands of pounds from a man who appears to be closely linked to one of Europe’s biggest corruption scandals.

“This is not the first time that Mohamed Amersi has been embroiled in controversy. The Conservatives should return the money he donated to them and come clean about who else is getting exclusive access to the Prime Minister and the Chancellor in return for cash.

“There can’t be one rule for senior Conservatives and their chums and another rule for everyone else.”

“The Tories must comply with this investigation and explain what they are doing to stop the flow of dirty money into the UK and apparently into their own party coffers.”

Related: ‘I had more pressing things to worry about when denying climate change’, says Tory living in castle