The former justice and transport secretary has courted controversy in the past. 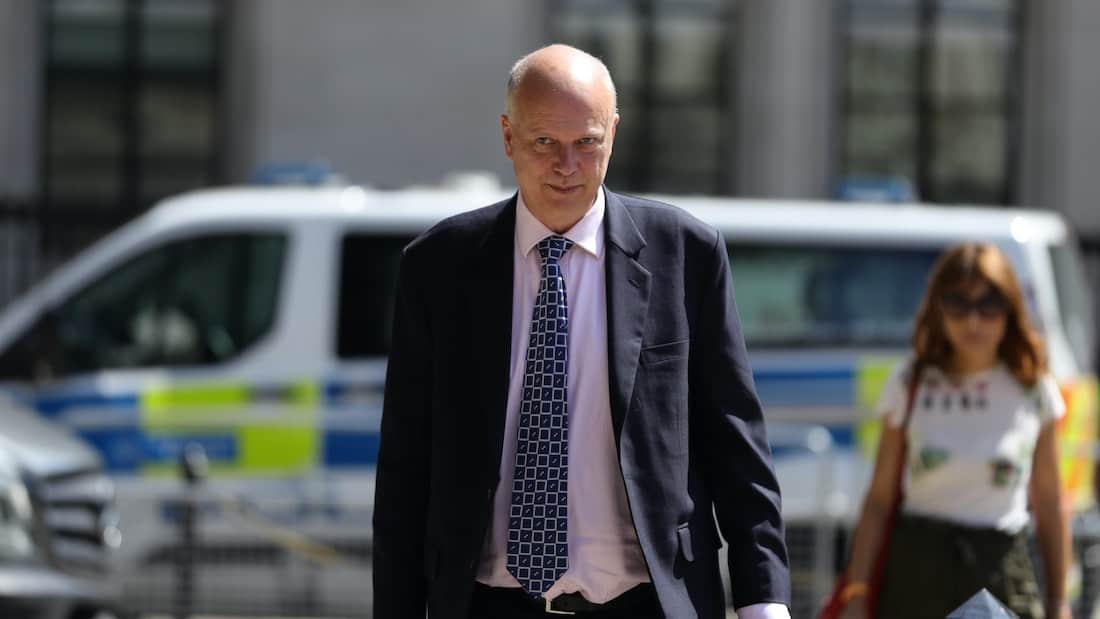 The probation service, which is to be renationalised after Chris Grayling’s decision to part-privatise the system, ended up costing the taxpayer hundreds of millions of pounds.

But this is far from the first controversy in the former justice and transport secretary’s ministerial career.

Mr Grayling sparked outrage when it emerged he had awarded a £13.8 million contract to Seaborne Freight – a company with no ships – to mitigate the potential consequences of a no-deal Brexit.

A total of £100 million in contracts was awarded to three companies – Brittany Ferries, DFDS and Seaborne – but were ultimately scrapped at an estimated cost of £56.6 million after Brexit was delayed.

The Department for Transport’s woes did not end there – it agreed an out-of-court settlement of £33 million with Eurotunnel, which claimed the rushed contracts had been handed out in a “secretive” way and it should have been approached.

Mr Grayling was criticised for the weeks of chaos following changes to train timetables in May 2018.

The number of trains cancelled each day by Govia Thameslink Railway and Northern reached up to 470 and 310 respectively.

An investigation into the fiasco by the Office of Rail and Road found “nobody took charge”.

The DFT was forced to bring the east coast mainline back under public control in May last year after a deal with Virgin Trains East Coast ended five years early.

Shadow transport secretary Andy McDonald said Mr Grayling had “gifted” Stagecoach and Virgin, which took over in 2015, a “£2 billion bailout”.

The long-running dispute between Southern and unions over driver-only trains has led to years of disruption and delays for passengers due to repeated strikes.

The National Audit Office found, although action by unions was a “major contributor” to delays and cancellations, the DfT made decisions that “negatively impacted on passengers”.

Another controversy was Mr Grayling’s decision to ban prisoners being sent books by friends and family.

Literacy campaigners and prison reform groups branded the plan “cruel” and said it put prisoners at greater risk of self-harm and suicide.

It was eventually ruled unlawful by the High Court.

More than 50 magistrates resigned in disgust after the Ministry of Justice – under Mr Grayling’s tenure – introduced mandatory fees ranging from £150 to £1,200 for defendants in a bid to help pay for the court service.

It is estimated thousands of innocent people may have pleaded guilty in a bid to minimise costs – the fees were scrapped within six months.

Fees of up to £1,200 for employees to take bosses to tribunal for discrimination were introduced by Mr Grayling as justice secretary in 2013 in a cost-saving measure.

They were scrapped in 2017 after the Supreme Court sided with trade union Unison that the fees unfairly discriminated against women and other groups of workers, forcing the Government to refund £27 million to thousands of people hit with the charge.

Steep cuts to legal aid during Mr Grayling’s time as justice secretary meant victims of domestic violence were forced to face their abusers in court without an advocate.

They were only granted legal aid if they could provide documentary evidence from social services, law enforcement and medical professionals.

The Court of Appeal ruled the restrictions were unlawful in 2017.

Other controversial moments include an attempt to cuts legal aid to prisoners and a £6 million contract to train prison staff in Saudi Arabia despite its appalling human rights risk and use of capital punishment.

He was also criticised for awarding a contract to Carillion to run prison maintenance when it was clear the firm was going bust.

Others include the “Workfare’” scheme, under which claimants were forced to work for free or lose their benefits, and knocking a cyclist off his bike with a car door after complaining about cycle lanes.