"She thinks uncapped bonuses for millionaire bankers is a terrific idea but the nurses who sacrificed so much to keep us safe during the pandemic should accept another crappy real terms pay cut." 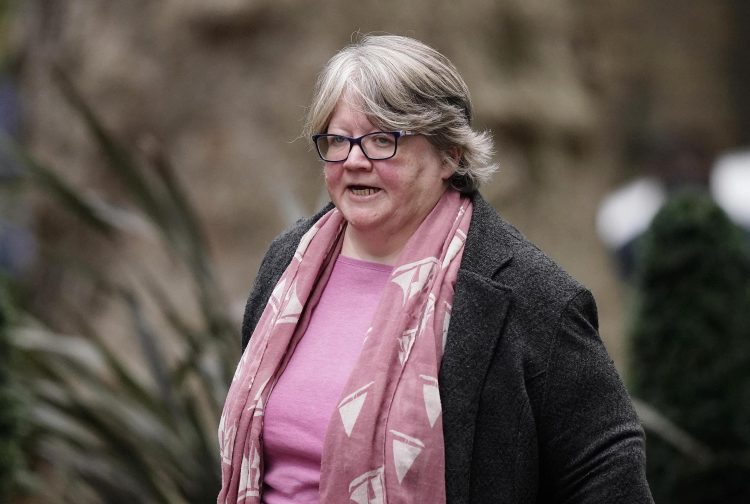 Health Secretary Therese Coffey has said she is confident nurses will not get a higher pay offer as they vote on strike action.

The Royal College of Nursing (RCN) ballot on strike action is under way, with all UK members being asked if they are prepared to walk out.

The RCN is arguing for higher pay and immediate action to tackle hundreds of thousands of nursing vacancies across the country.

The Deputy Prime Minister told Sky News: “I understand that the ballot is now open, we’ve honoured the independent pay review body’s recommendations on this.

“That was higher than many of the other pay rises that other public-sector workers are getting.

“Dare I say it, having respect of the independent pay review body, I’m not anticipating that we’ll be making any further changes.”

Asked then that it seems a strike is inevitable, she said: “That’s a decision for nurses who decide how to vote in this next coming month.”

The RCN ballot closes on November 2.

Pat Cullen, the union’s general secretary, has said the Government’s offer of a 3 per cent wage rise “makes a difference to a nurse’s wage of 72p a week”.

Responding to Ms Coffey’s comments, Mrs Cullen said: “This is an astonishing admission from the Health Secretary – she has already decided she won’t be listening to our half a million members. Ms Coffey has her head firmly in the sand.

“Nurses and support workers hearing this will be angry but it will make them even more determined.

“Members should find their ballot papers today and show the Health Secretary we have a strong voice that she cannot dismiss.

“Ignoring nursing staff is akin to ignoring patients. We have overwhelming public support for the government to do what’s fair by nursing staff and what’s needed for safe patient care.”

Peter Stefanovic also lashed out at Coffey in his latest viral video.