"We’re here for the working class kids on council estates who will continually be deemed less important and unworthy of university.” 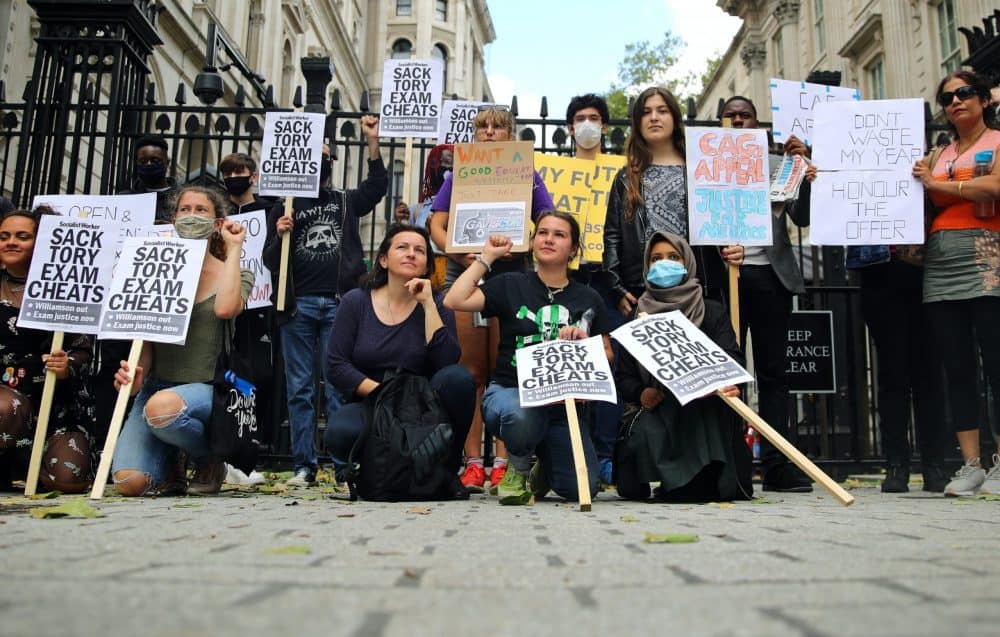 Students and teachers protesting over A-level and Btec results in England have demanded the immediate sacking of Gavin Williamson.

Dozens of people attended a demonstration outside Downing Street on Friday afternoon where they called for the Education Secretary to go.

One aspiring medical student broke down as she spoke of potentially missing out on university due to the grading system, which downgraded her from four A*s to four As.

Kaya Ilska, 18, who took A-levels at St Marks, Hounslow, west London, told the PA news agency: “I’m now stuck in limbo. I want to study at University College London, but my plans are up in the air.

“Does this Government not care about medical students?

“It seems the system is weighted in favour of the privileged few who attend private school.”

Glen Morgan-Shaw, 18, a Btec student from Bollingbrooke Academy, Wandsworth, south-west London, who co-organised the demonstration, said: “Gavin Williamson has to go, it’s quite simple. He hasn’t got anything right, so why is he still in the position?

“And we’re here for the working class kids on council estates who will continually be deemed less important and unworthy of university.”

It comes after an NEU petition calling for action to fix the exams system reached 25,000 signatures in 24 hours.

The petition urged the Prime Minister to consider changing the content assessed in GCSE and A-level exams for next summer.

Mary Bousted, joint general secretary of the NEU, said: “This Government has no one but itself to blame. The weaknesses in a system of its own creation have been left horribly exposed.

“What is needed is nothing short of an independent review into what went wrong, and a determination to ensure it never happens again.

“That would be a big step towards regaining the trust of parents and the profession.”

Related – Matt Hancock defends Gavin Williamson, saying he is “trying to do his best”