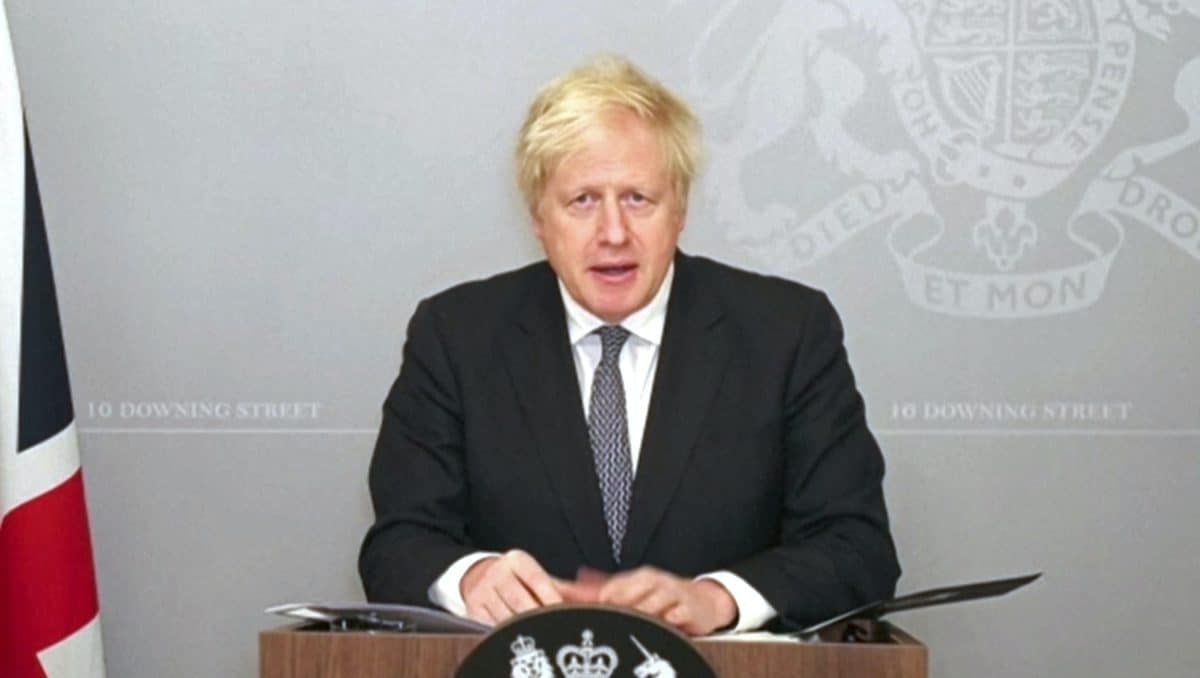 The Commons was suspended for three minutes after the technical glitch, however, it was not fixed so Mr Hancock had to fill in.

There was a ripple of laughter from MPs in the chamber following the technical issues when the Prime Minister could be seen moving out of shot on-screen.

Commons Speaker Sir Lindsay Hoyle said: “Have you pressed the button Prime Minister? I think we’re just going to have to stop for a moment so we can have it checked…

Sir Lindsay added: “Would Mr Hancock like to take over with the answer?”

Gesturing to the frontbench, the Speaker said: “Is one of you going to do it or not, it’s no good looking at one another? We’re going to suspend for three-minutes then.”

Hr Hancock, seated on the front bench, then took the next questions on behalf of Mr Johnson.