In the speech, which reduced some delegates to tears, he said: "We must never, ever let the NHS free from our grasp. Because if we do, your future will be my past." 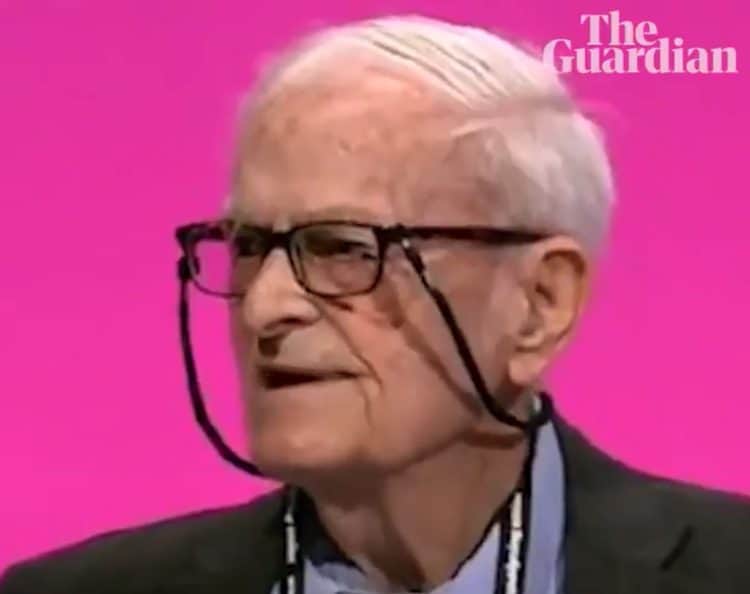 Footage of Harry Leslie Smith’s 2014 Labour Conference speech has been making the rounds on social media ahead of a Commons vote on the health and care bill.

Boris Johnson was warned he faces a backbench revolt over his social care plans as a minister insisted the reforms would mean “fewer people” would have to sell their homes to meet the cost of being looked after.

It is believed that some Conservative MPs will not support the new policy to cap care costs, which critics argue has been watered down since it was first announced.

There has also been widespread backlash on social media, with the hashtag #ScrapNHSBill trending for most of the day.

A video of a speech made by Harry Smith on health and social care, which reduced some delegates to tears at the time as he recounted life before the NHS, has also gone viral.

He said his childhood was a “barbarous time”, with “rampant poverty and no healthcare the norm of the Britain of my youth.”

He warned that the UK must “be vigilant” about the NHS.

“I came into this world in the rough and ready year of 1923,” Mr Smith said. “I’m from Barnsley, and I can tell you that my childhood, like so many others from that era, was not like an episode from Downton Abbey.”

“Instead, it was a barbarous time, it was a bleak time, and it was an uncivilised time, because public health care didn’t exist.”

Hospitals, doctors and medicine were for “the privileged few, because they were run by profit”, he said.

“My memories stretch back almost a hundred years, and if I close my eyes, I can smell the poverty that oozes from the dusty tenement streets of my boyhood,” he added.