The failure was “a result of his lack of knowledge and in no way deliberate”, a report found. 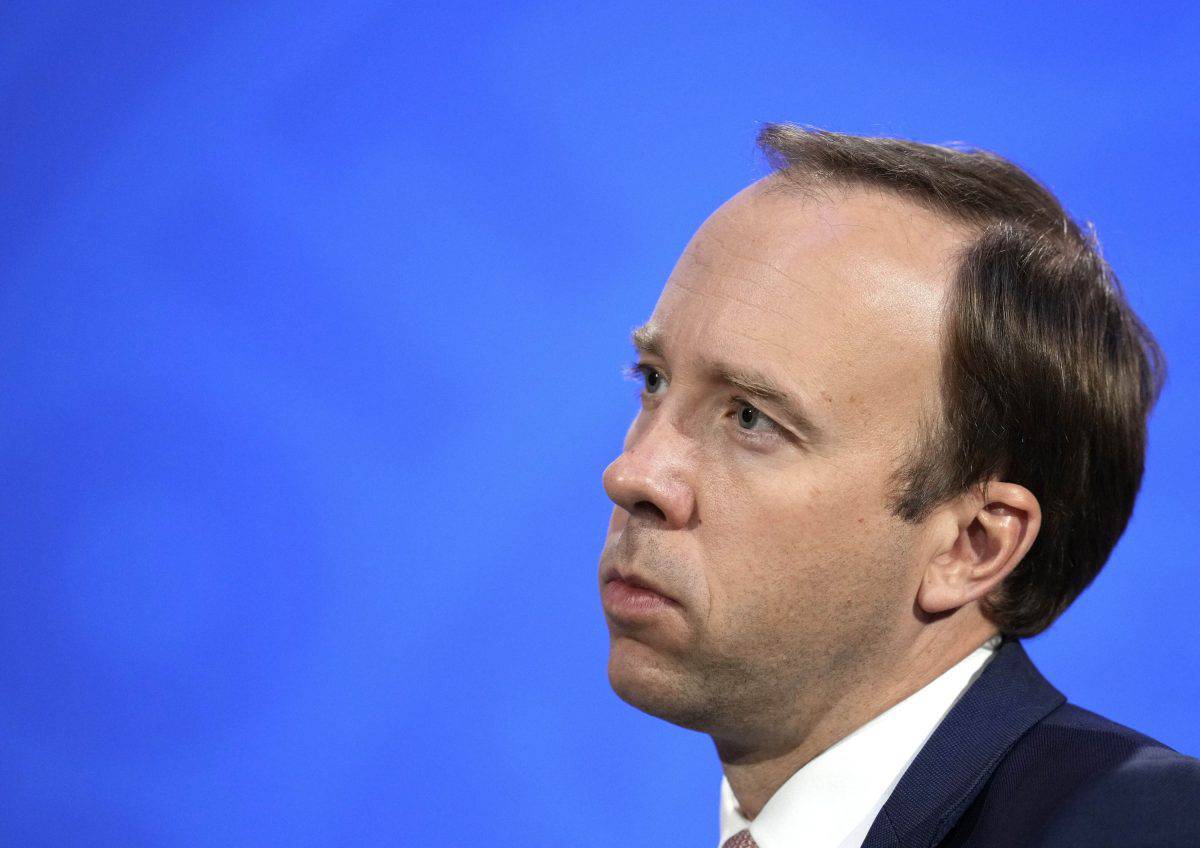 Matt Hancock committed a “minor breach of the ministerial code” by failing to declare shares in his sister’s firm, which was approved as an NHS supplier, a watchdog said.

But the failure was “a result of his lack of knowledge and in no way deliberate”, a report found.

While acknowledging that the health secretary had “in technical terms” broken the code, Lord Geidt – Boris Johnson’s new adviser on ministerial standards – concluded: “In coming to this finding, I recognise that Mr Hancock has acted with integrity.”

In March, Hancock declared he had acquired 20 per cent of a firm called Topwood Ltd, which provides secure storage and shreds documents.

But the entry in the Commons register did not disclose that his sister, Emily Gilruth, is a director and owns a larger portion of the company’s shares – or that it had links to the NHS.

Topwood also won £300,000 from NHS Wales – which Hancock has no responsibility for – spurring Labour to attack “cronyism at the heart of government”.

Lord Geidt ruled that “there could be a reasonably perceived conflict of interest” from the shareholding – but that the health secretary complied with the ministerial code by declaring it.

He noted that Hancock had been health secretary since July 2018, with the firm first approved for NHS work in February 2019.

But the report concludes that his sister “failed to raise this award with Mr Hancock” – or nothing was brought to his attention “such that he would have had reason to enquire”.

Elsewhere on Friday, Lord Geidt ruled that Boris Johnson “unwisely” allowed the refurbishment of his Downing Street flat to go ahead without “more rigorous regard for how this would be funded”

In his first report on ministers’ interests, released on Friday after months of delay, the new adviser on ministerial standards  said there was a “significant failing” from officials in how “rigorous” they were at examining the idea of setting up a trust to fund renovations to Downing Street.

And he said Johnson had not been aware that in lieu of any such trust being set up, the bill for the refurbishment had been paid by Tory peer and party donor Lord Brownlow.

Lord Geidt said “the prime minister – unwisely, in my view – allowed the refurbishment of the apartment at No 11 Downing Street to proceed without more rigorous regard for how this would be funded”.