The Green party was gaining support from Labour voters who felt disillusioned with the “authoritarian Blairism” of Keir Starmer. 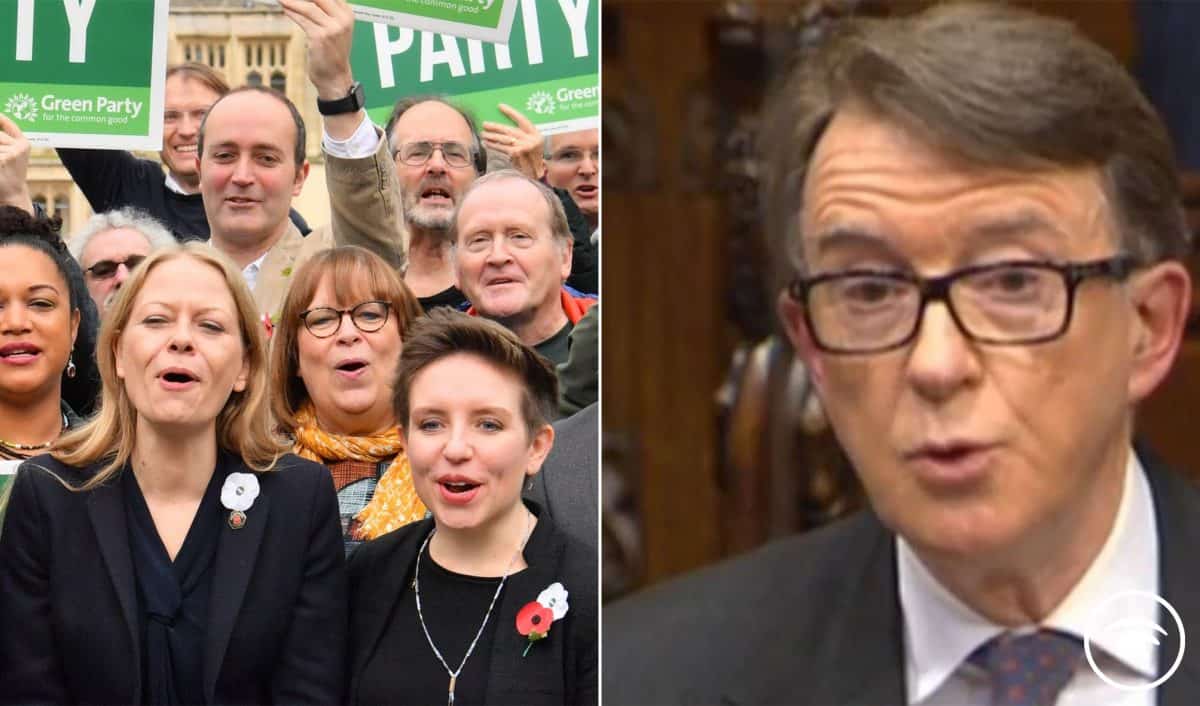 The Green party has said voters have finally come to accept the party as a credible electoral force as he marked gains from both Labour and the Conservatives in local elections.

It comes as over a thousand people have joined the party since the latest election.

The party also hopes to unseat the Liberal Democrats to become the third largest party in Britain and who knows beyond that?

Co-leader Jonathan Bartley believes the party’s strong performance in areas such as Bristol – where it is now the joint-largest party, shows it could no longer be dismissed as a wasted vote.

In Bristol, the Greens more than doubled their seats on the city council. Both they and Labour won 24 seats: Labour was down from 33 and the Greens were up from 11, while the Conservatives remained on 14.

Some of Bristol's newly-elected Green councillors with party leader Jonathan Bartley outside City Hall this morning following the 'Green surge' at the weekend pic.twitter.com/PmNaGIieAu

Bartley said: “We’re moving from being the biggest small party to being one of the big parties.

“We’ve been polling ahead of the Lib Dems and we’ve seen in this election that there are no no-go areas for the Greens.”

He added the Green party was gaining support from Labour voters who felt disillusioned with the “authoritarian Blairism” of Keir Starmer, and winning over Tory voters coming to the party through environmental concerns raised by the likes of David Attenborough.

Bartley said of the two-party system: “These results show clearly that people are fed up with the old two-party system which has dominated for so long and caused so much mistrust and damage.”

Sian Berry, the party’s co-leader and candidate for Mayor of London, managed just shy of 200,000 first-preference votes, double her party’s total in 2012.

In 6 May elections, @TheGreenParty secured:

✅ Highest ever national vote share in the Senedd elections

✅Unseated the Conservative council leader on the Isle of Wight

North of the border the Scottish Greens have returned a record number of MSPs in the Holyrood election, creating a pro-independence majority in the Scottish Parliament.

The Greens again failed to win a constituency, but took eight seats on regional lists, including gains in the North East and Central Scotland regions.

Bartley said: “Who does Labour represent any more? Who do the Conservative party represent any more? Neither of those two parties have a vision for the future. We want re-localised economies where people can work from home, we don’t want to shift hundreds of thousands of people a day on the daily commute.”

The BBC’s elections supremo. Professor Sir John Curtice says: “These local elections appear to confirm that the Greens are now able to win a non-trivial proportion of the vote.”