The briefing room was supposed to be used to "increase public accountability and transparency about the work of this Government" is doing. 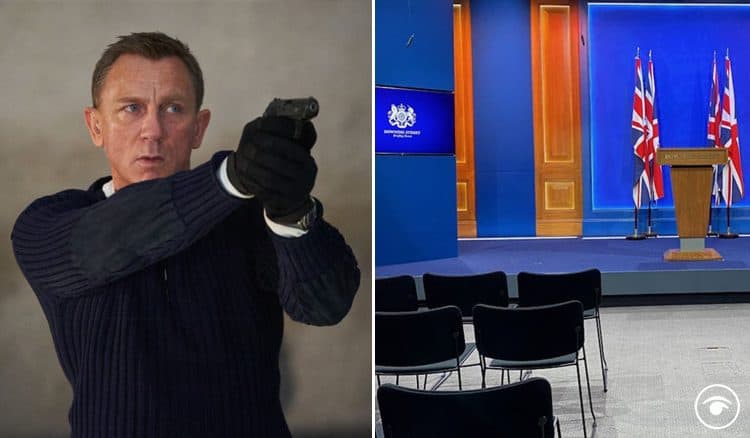 The government has come under fire for using the new £2.6 million Downing Street briefing room for a private screening of the new James Bond film.

Earlier this year a multi-million pound refurb of the press room was completed, including new audio-visual equipment, internet infrastructure, electrical works and lighting.

At the time the Cabinet Office said the funds were spent to allow daily broadcasting by various news organisations within the Grade I listed building, saying:

“This spending is in the public interest as the new broadcasting of lobby briefings will increase public accountability and transparency about the work of this Government now and in the future.”

But those claims seemed to be up in flames after it was revealed the government was using it for private screenings of newly-released blockbuster films.

According to a No 10 spokesperson, the prime minister met with Pinewood Studios, Universal Pictures, Eon Productions and the BFI this week to “congratulate them on the success of the latest James Bond instalment”.

They added that “an evening film screening took place for staff, who made voluntary donations, with all proceeds going to Sarcoma UK [a cancer charity].”

Installation costs were said to have been paid by the companies involved.

Meanwhile, any plans for televised press conferences were scrapped six months ago, after No 10 got cold feet over the prospect of the prime minister’s spokesperson facing an intensive grilling from reporters.

Allegra Stratton was due to front the televised briefings, but was instead handed the job of government spokesperson for the Cop26 climate summit.