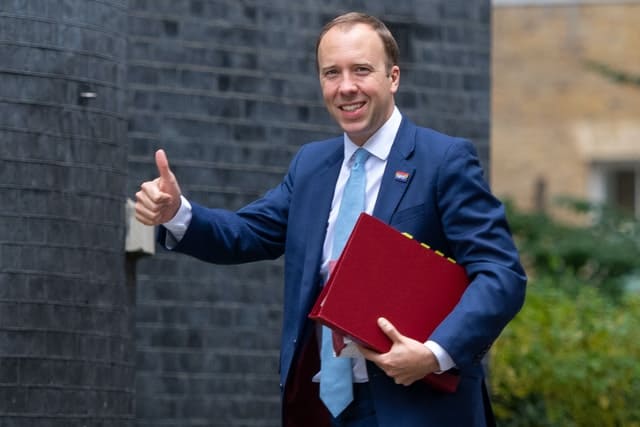 Ministers have defended a plan to hand a senior trade role to former Australian prime minister Tony Abbott amid mounting pressure to drop him over allegations of homophobia and misogyny.

Downing Street insists no decision has been made but Mr Abbott is in talks to become joint president of the relaunched Board of Trade.

Critics have raised numerous concerns, including over his climate change scepticism and belief that coronavirus restrictions should be lifted.

He has previously said that he feels “a bit threatened” by homosexuality, opposed same-sex marriage and was accused of misogyny by fellow former Australian prime minister Julia Gillard.

Health Secretary Matt Hancock, wearing an NHS badge with the LGBTQ rainbow flag, was questioned on Sky News over the suitability of Mr Abbott, who led his nation from 2013 until he was ousted by his own party in 2015.

He said he does not believe that Mr Abbott is homophobic or misogynistic and, when pressed, added: “He’s also an expert in trade.”

Mr Hancock said that “I bow to nobody in my support for everybody to love who they love”.

“But we need to have the best experts in the world working in their field and the former prime minister of Australia has a huge amount of experience,” he added.

Labour MP Chris Bryant tweeted: “His sexism and homophobia & his views on trade trumping labour and human rights standards should rule him out.

“The very idea that he should be given a job, a role or a voice representing Britain should be anathema.”

Ms Truss said: “I think it’s absolute hypocrisy to hear this type of argument from the Labour Party.

“The reality is they’d rather virtue-signal and indulge in tokenism rather than take real action to improve the lives of women.”

International trade minister Greg Hands welcomed Mr Abbott in his willingness to “help this country out”.

The Prime Minister’s official spokesman insisted that “no decision” on the board’s make-up had been made and declined to comment on the “political debate” surrounding Mr Abbott.